An entertainer has said he manipulated a video of the Greek finance minister giving the finger to Germany. While debate over the video's authenticity rages, the satirist says it showed a German passion for being angered. 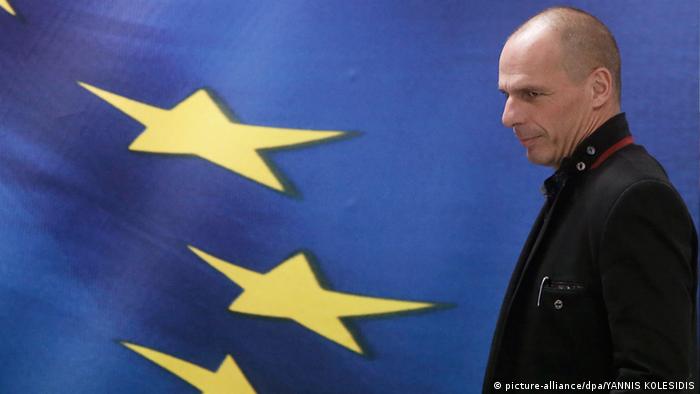 German television presenter Jan Böhmermann posted a video on the YouTube website on Wednesday, in which he claimed that members of the team that produces his "Neo Magazin Royale" program had doctored a video to make it appear as if Greek Finance Minister Yanis Varoufakis had made an obscene gesture towards Germany.

"Who would fake something like this," Böhmermann asked in the video. "The only thing I could possibly imagine is that it's some publicly financed loser show. And that's just what we did."

The allegedly doctored video, which raised eyebrows in Berlin after it was shown on a talk show hosted by Günther Jauch on public broadcaster ARD on Sunday, came from an address that Varoufakis gave to a 2013 conference in Zagreb, long before he became Greece's finance minister two months ago.

Böhmermann, however, did not claim to have manipulated the audio of the speech, in which Varoufakis is heard saying in English that he believed that it would have been better for the previous Greek government to "stick the finger to Germany and say: 'Well, you can now solve this problem by yourself.'"

Varoufakis appeared to be referring to the conditions of the international bailouts financed in large part by Germany. Varoufakis and Prime Minister Alexis Tsipras are the leading figures in the left-wing Syriza party, which swept to power in January elections, after they pledged to roll back the austerity measures implemented by the previous government in order to comply with the bailout conditions.

Upon viewing the video on the Günther Jauch broadcast on Sunday, Varoufakis immediately said the footage in which he appeared to extend his middle finger had been forged.

"That video was doctored. I never gave the finger," Varoufakis said.

There was no immediate comment from ZDF public television, which broadcasts Böhmermann's program, however it did retweet the video.

In debate centered around the trending #varoufake hashtag, some online commentators have called the Böhmermann video into question, saying the middle-finger video is, in fact, the original recording. In an interview with Reuters, Martin Beros, who filmed the entire Varoufakis speech, said the Greek finance minister's comments were taken out of context by German media. 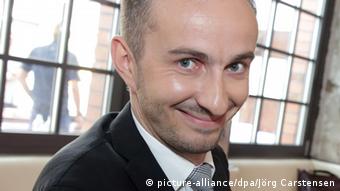 Böhmermann's YouTube video describes how he and his team manipulated the Varoufakis recording. He ends his video by saying that viewers can choose whether or not to believe that his show doctored the video, but Böhmermann points out that in iteself, the political uproar in Germany over the 2013 Varoufakis video is telling.

"It really strikes a chord. That's how we Germans work," Böhmermann said. "When a Greek gives us the finger, we totally freak out." Then addressing Günther Jauch, he adds that the popular talk show host and his team did not doctor the video themselves, they "simply took it out context and gave [Varoufakis] the runaround so that the average German could pursue their passion for being angered."

Germany and Greece: A couple in need of counseling

Germans and Greeks have been on a verbal warpath for months now. It's been highly entertaining, yet the political damage is great. The dispute is multifaceted and but comes across as a conflict of generations. (16.03.2015)

The Greek government has stepped up its calls for German reparations for World War II. Although an argument can be made in favor of Athens' proposal, there is little chance of successfully asserting the claims. (12.03.2015)

The far-left Syriza party is set to form Greece's next government after sweeping to victory in Sunday's election. Syriza plans to renegotiate the country's international bailout, leading to fears for the eurozone. (26.01.2015)