Varoufakis: Greece has things under control 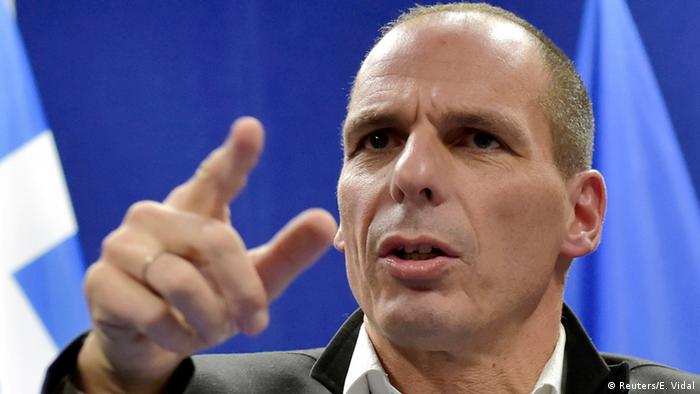 Varoufakis said creditors did not have the right to interfere in Greece's affairs. The finance minister also repeated a call for Germany to pay 11 billion euros in reparations for Nazi atrocities to Greece. German officials have said that the matter is settled.

Varoufakis also addressed a recent video in which he appears to be showing his middle finger at hypothetical German officials at a 2013 speech in Zagreb, two years before he became finance minister. He called it a fake.

"There is absolutely no problem with liquidity," Tsipras told reporters after meeting with Varoufakis.

Negotiations are continuing with creditors on a revised reform plan for Greece. On Sunday, Germany's Frankfurter Allgemeine Zeitung reported that, with 6 billion euros in debt bills in March overall on Greece's books, civil servants should brace themselves for downsized salaries and pensions this month.

"Tsipras urgently needs money," said European Parliament President Martin Schulz in the article. The German parliamentarian, who met Tsipras last week, said Greece would have to convince eurozone nations and the European Central Bank of its determination to carry out reforms.

Schulz also criticized the ruling coalition forged by Tsipras between his center-left Syriza and the right-populist Independent Greeks after his election win in January. The comments followed an inopportune interview that Defense Minister Panos Kammenos, an Independent Greek, gave to the German mass-circulation daily Bild, in which he commented on a Greek exit from the eurozone.

The European Central Bank has limited the power of Greek banks to assist the state by buying its short-term treasury bills. To cover the cash shortage, the government has submitted a law that directs the cash reserves on pension funds into state debt purchases.