Greece's Defense Minister Panos Kammenos has said his country's exit from the eurozone could be followed by Italy, Spain and even Germany. Kammenos' interview comes amid lack of progress in Greece's bailout plan. 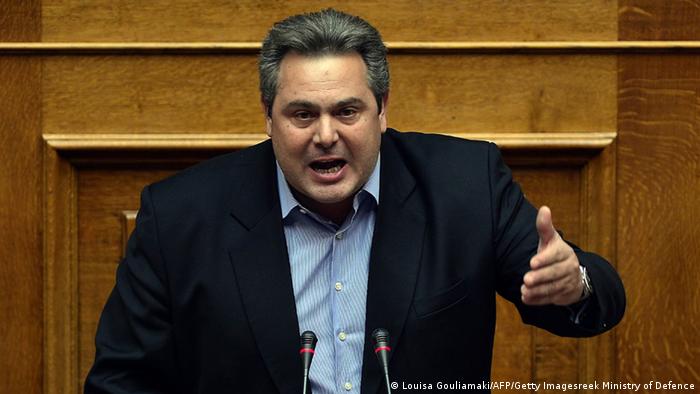 Panos Kammenos, Greece's defense minister, spoke to German newspaper "Bild" on Saturday, saying his country's leaving the euro could precede an exit by Italy and Spain, followed by Germany in the future.

"If Greece explodes, Spain and Italy will be next and then at some point, Germany. We therefore need to find a way within the eurozone, but this way cannot be that the Greeks keep on having to pay," Kammenos told Bild.

Berlin to pay for WWII reparations

Instead of a bailout, Greece needed a debt "haircut" like the one Germany's creditors had to accept in 1953, Kammenos proposed. He also argued that Berlin should pay World War II reparations to Athens. "All European countries have been compensated for crimes committed by Nazis, except for Greece," Kammenos said, referring to the gold Nazi soldiers brought back from Athens during the war.

The defense minister also accused Germany of "interfering" in its domestic affairs. His criticism was aimed at German Finance Minister Schäuble, who earlier warned of a "Grexident" which could push Athens out of the euro.

"I don't understand why he turns against Greece every day in new statements. It's like a psychological war and Schäuble is poisoning the relationship between the two countries through that," he said. 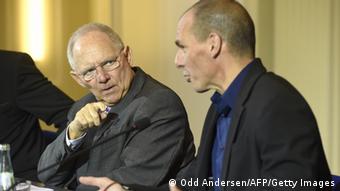 Talking to Bild, Kammenos warned that his country would not take any more refugees in case of an exit from the eurozone, potentially creating a refugee crisis at Europe's frontiers. He also said his country was facing severe problems after the EU and the US imposed sanctions on Russia following its alleged role in the Ukraine war.

European officials meanwhile criticized Athens' attitude. "In Greece, too much blame for Greece's problems is laid outside Greece and Germany is now the preferred victim," Eurogroup chief and Dutch Finance Minister Jeroen Dijsselbloem told Dutch state television NOS. EU Commission chief Jean Claude Juncker, however, pleaded for a breakthrough, saying he did not want a failure and would like Europeans to stick together.

Greece and the other eurozone countries have been engaged in a drawn-out discussion on finalizing a bailout plan for Greece by April 1. But the process has stalled, with EU member countries, especially Germany, asking Greece to impose more austerity measures and present a concrete plan to cut government expenditure.

However, Greek's Prime Minister Alexis Tsipras's Syriza party maintains that the EU's previous bailouts and rescue plans have impoverished the population. "People have not benefited from the so-called aid packages, which have reached only the bank. People don't have any work, but prices continue to rise," Kammenos said in his interview.

Germany's refusal to pay further World War II reparations has drawn a warning from Greece's justice minister that he will authorize a seizure of German assets. Berlin says compensation was long since "resolved." (11.03.2015)