German-Turkish writer Dogan Akhanli returning home after arrest in Spain | Europe | News and current affairs from around the continent | DW | 19.10.2017

Two months after his arrest in Spain on a Turkish warrant, the German-Turkish writer and Recep Tayyip Erdogan critic Dogan Akhanli has arrived home to Cologne. Before returning, he spoke to DW about his experience. 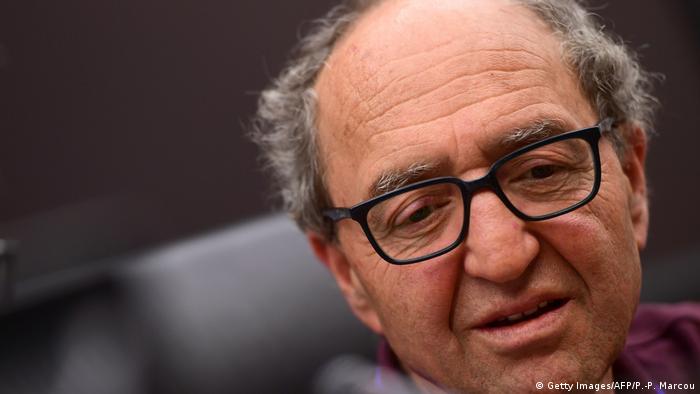 As Dogan Akhanli greeted loved ones upon arriving at Düsseldorf's airport on Thursday night, a man yelled at him in Turkish, denouncing him as a "traitor" and saying "this country cannot save you."

The 60-year-old Akhanli told reporters at the airport that he had arrived in Germany feeling happy, but the incident had irritated him.

"I would say Turkey's manhunt has failed, that might be why this man is so annoyed and feels the need to threaten me," he said. Before he made his way back to Germany, he spoke in-depth with DW.

Dogan Akhanli: It was a real shock. But I got over the shock after about a week. Still, it was a very unpleasant experience.

Were you aware that Turkey had issued a so-called "Red Notice" against you?

Not officially, no. I got a message from Turkey that they were looking for me via Interpol, but I didn't hear anything from the German authorities. Later I read in the paper that they knew exactly what was going on but didn't think it was necessary to inform me. It would have been nice, of course, if they had.

Are you going to file a complaint?

This is routine behavior for German officials. They don't inform the people affected, with the exception of supposed or actual members of the Gulen movement. They did inform this group of people that Turkey is looking for them. But they did not inform the Kurds or the people from leftist circles. For me, this smacks of discrimination. Either you inform everyone affected, or not. That's why I have a problem with the way they acted. But the fact that they protested so loudly after my arrest went some way to making amends.

What exactly were you accused of having done? 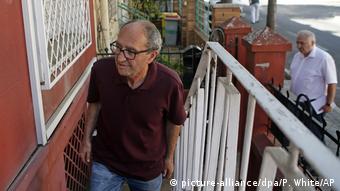 Akhanli was initially arrested while on holiday in Spain in August

It all had to do with the same case for which I was arrested once before in 2010. I went to trial and I was declared not guilty. But then my not guilty verdict was quashed and the trial started again, that's why they were looking for me. I was charged in connection with a robbery in which a person was killed. They accused me of carrying out this crime as the head of a terrorist organization. In Spain, the judge read out the charges, and it was very hard for me to have all of this reopened again.

There was a big wave of solidarity for you in German politics and among German people. What did that support mean to you?

I first experienced such solidarity in 2010. It has taken on a very special significance for me. Solidarity has a magic to it, at least for me. At the time, it saved me from prison, and now it has once again protected me. Because of this solidarity, the Spanish court did not put me in custody; instead, I was allowed to live freely in Madrid. It was a huge gift.

What was it like for you to have to wait for such a long time in Madrid?

I immediately tried to create some sort of normalcy. For me, writing is the best way to do that. So I had a goal that by the time I came home, I would have written a book. And I finished it yesterday. I reached my goal, and I'm happy that the Turkish authorities did not reach theirs.

Chancellor Angela Merkel strongly criticized your arrest, saying that international organizations like Interpol should not be "abused" in this way. What should cooperation between Europe and Turkey look like at this point?

The situation has gotten very complicated. It was a mistake by the European Union to have ignored the problem for so long, even though they must have known that the requests from Turkey couldn't have been correct. Eventually they could no longer ignore it. I think it's important that the chancellor has addressed this issue so clearly. When you speak up about a problem, that's when you can start looking for a solution. But I can't really answer the question of how this problem will be solved.

What was your first thought when you learned that you would be going home to Germany?

I was happy to be going home, and happy that I could once again eat lahmacun (a type of Turkish pizza). There are not many Turkish people living in Spain, so you can't really get good lahmacun and döner. So I'm looking forward to being in the Ehrenfeld neighborhood of Cologne, and eating proper lahmacun with parsley and lemon.

Dogan Akhanli is a Turkish-born writer who is now a German citizen. He has lived in Cologne since 1992. He had been imprisoned for many years in Turkey, before fleeing to Germany in 1991. The 60-year-old has written extensively on Turkey's human rights record, and the Armenian genocide.

A human rights activist in Turkey and beyond, the writer Dogan Akhanli died on October 31 after a short illness. He was 64. In 2019, the Goethe-Institut medal winner talked with DW about writing and state persecution.

A jet full of cocaine in Brazil shows Turkey's increasing role in global drug trafficking. The UN drugs agency says the cocaine is sent via Turkey to EU countries, as well as Eastern European and Middle Eastern nations.

How the German-Turkish labor agreement influenced the arts 30.10.2021