The man who attempted to shoot his way into a synagogue Halle, eastern Germany, has made his final statement in a high-profile trial. Many co-plaintiffs have condemned proceedings as a missed opportunity. 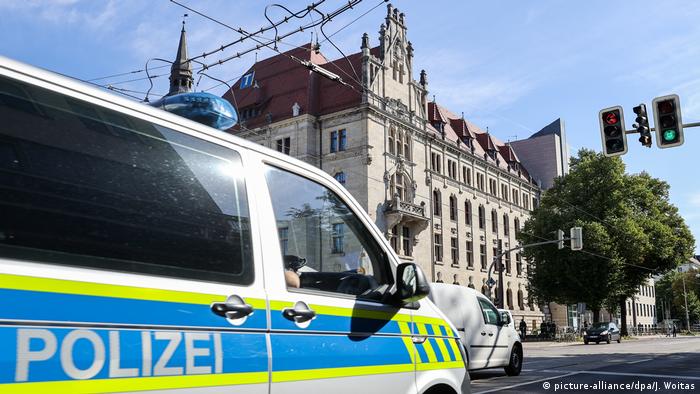 Stephan B.*, the 28-year-old accused of attempting the worst anti-Semitic atrocity in Germany since the Shoah, was cut short by the judge on Wednesday, a few minutes into his final statement before the court.

The speech contained a Holocaust denial, which prompted several lawyers representing co-plaintiffs to call out to Judge Ursula Mertens to intervene. One attorney, Alexander Hoffmann, who represented two of the attack's survivors, then asked the court to record the statement, which is a criminal offense in Germany. The state prosecutors acknowledged it.

It was a relatively anti-climactic ending for the trial, which had lasted 25 days. Christina Feist, one of the synagogue survivors who attended nearly all of it, said she had been steeling herself for much worse on Wednesday.

"I was ready for much more atrocities, much more horrible last words by the perpetrator," she told DW. "Then again, when I think back on those last five months, there were many times when I left the courtroom thinking: Well we have definitely reached the ultimate low — and then came the next day in court."

"He tried one targeted provocation, and didn't get any further," co-plaintiff lawyer Alexander Hoffmann told DW. "He basically gave up the chance to spread his ideology here on a grand scale. That's good. It could have been much worse."

Before Stephan B.'s statement, his defense attorney Hans-Dieter Weber had spoken of the historical burden of the trial. Distancing himself from the defendant's ideology, Weber said he considered his client's acts to be in the tradition of Germany's crimes during the Nazi era, and expressed sympathy with the murder victims' families as well as the survivors from the synagogue.

But Weber cast doubt on the attempted murder charges related to the people in the synagogue, on the grounds that Stephan B. had never got past the outer gate. The attack, Weber said, was rather "an incomplete attempt that he decided to abort voluntarily."

The Halle attack on October 9, 2019, could have been the worst anti-Semitic atrocity in Germany since the Shoah. The now 28-year-old Stephan B. attempted to shoot his way into a synagogue, where 52 people, including visitors from the United States, were celebrating Yom Kippur. He was armed with several home-made firearms and explosives.

He was thwarted in part by his own poorly made weapons and the fact that doors and gates to the synagogue grounds had been locked. In frustration, the defendant killed two other people: a 40-year-old passer-by named by authorities as Jana L. and 20-year-old Kevin S., a painter on his lunch break at a nearby kebab shop. 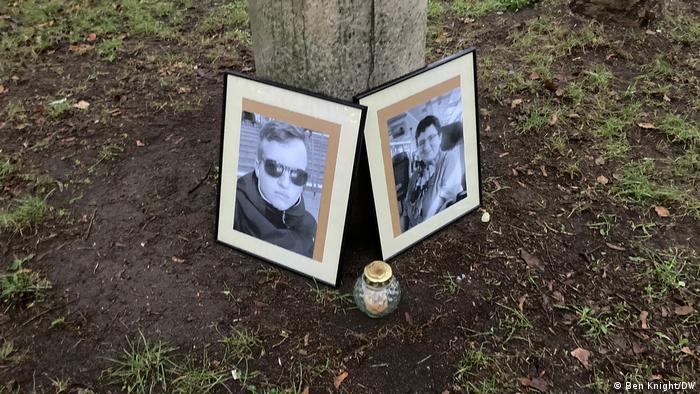 Jana L. and Kevin S. were remembered outside the courthouse on Wednesday, where anti-racism campaigners set up commemorations for victims and support for survivors throughout the trial

The final days of the trial have been marked by emotional final statements from the co-plaintiffs — all survivors of the attack or their relatives — who spoke personally or through statements read by their lawyers.

Their statements varied wildly  — and often offered very different assessments of the trial and how it had been treated inside and outside the court.

There were more than 40 co-plaintiffs in all, representing some of the 52 people in the synagogue at the time of the attack, relatives of the two people murdered, as well as people shot and injured by the perpetrator by his escape.

Many of the survivors saw the trial as a missed opportunity. Some aired criticism of the judge and the police investigations into the radicalization of the perpetrator.

"Taking part in this trial made me scared, and made me angry," co-plaintiff Talya Feldman, a survivor from the synagogue, said.

She accused the court of failing to allow important expert witnesses to testify and the police of ignorance and incompetence, particularly by failing to acknowledge the ties to the Christchurch attack in New Zealand.

There was also criticism of the fact that many of the police officers who testified about the investigation appeared to be ignorant about the internet forums and the online game culture that Stephan B. had frequented. During the trial, it fell to the co-plaintiff lawyers – rather than the judge or the state prosecution — to call expert witnesses in these areas to testify.

"That criticism was harsh, and it was necessary and important," said the lawyer Hoffmann. "There was some very unsatisfactory questioning of witnesses. That's not just worthy of criticism but also embarrassing."

The impression he had, Hoffmann added, was that the police and the prosecution did not want to invest the resources into understanding these online networks. "They had a perpetrator who had filmed the crime and admitted to it, and they wanted to get to a quick resolution," he said. 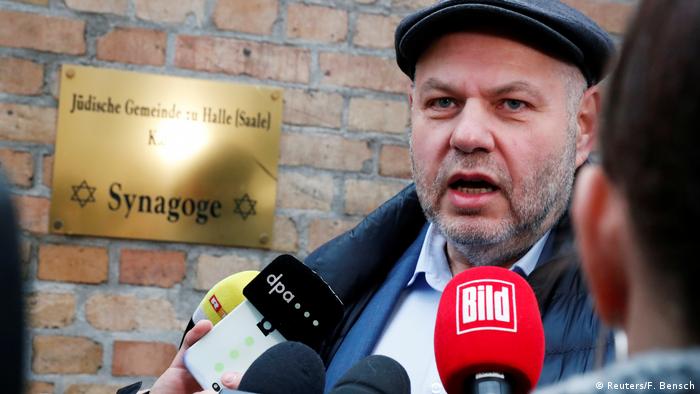 "I think in some way we the co-plaintiffs managed to have a very powerful, a very strong and a very loud voice," Christina Feist said on Wednesday. "We managed to address the issues of white supremacy and anti-Semitism in Germany, and that was what very important for me in this trial."

"I had the feeling that we as the co-plaintiffs were supposed to be thankful for very basic things that I thought went without saying," Feist continued. "But my lawyer told me: This is a huge trial, and actually the fact that you have such a strong voice, and the fact that the judge really supports those voices to be heard is actually not normal."

Max Privorozki, leader of Halle's Jewish community, and one of the more outspoken survivors used his final statement earlier this week to condemn the defendant's family: particularly his mother and sister, who both used their right not to testify as witnesses throughout the trial.

He said he had decided to become a co-plaintiff to find out more about where Stephan B. had nurtured his hate. "I think I have answers now," Privorozki said in court on Tuesday. "I am certain that this hate was not founded on the internet or in the events of five years ago [referring to the refugee crisis], it is in the family."

The judge is expected to hand down the court's verdict on December 21.

*Editor's note: Deutsche Welle follows the German press code, which stresses the importance of protecting the privacy of suspected criminals or victims and urges us to refrain from revealing full names in such cases.

The recent attack on a synagogue in Halle made headlines around the world and fueled concern of growing anti-Semitism and the threat of right-wing extremism in Germany. Who were the victims of this heinous act?

On Friday, the German city of Halle commemorates those killed in an attack on worshippers on Yom Kippur. Despite a wave of solidarity, many in the Jewish community feel the reaction of authorities has been "halfhearted."