Election officials in Saxony are getting police protection due to concerns for their safety. The eastern state's election body began getting threats after it disqualified far-right AfD candidates from an upcoming poll. 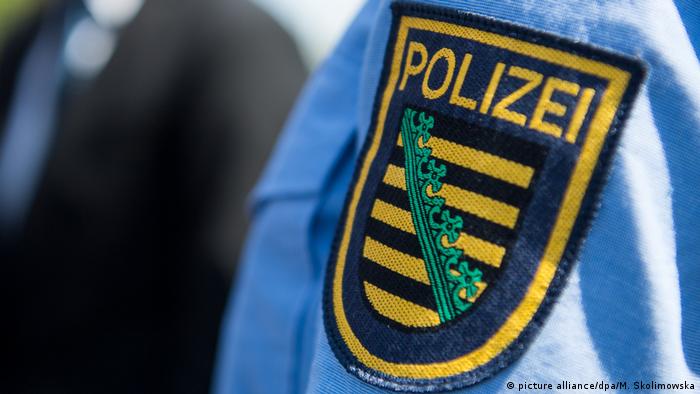 Police will stand guard at all future election committee meetings in the eastern state of Saxony after the body's members reported receiving hate mail and threats, authorities said Tuesday.

The enhanced security follows the committee's decision last week to disqualify dozens of Alternative for Germany (AfD) candidates from the September 1 regional elections. Citing an invalid selection procedure, it approved just 18 of the far-right party's 61 nominees.

Saxon police chief Horst Kretzschmar said protection would be provided at all future committee meetings. The next gathering is on Thursday.

State polls in the lead-up to the September vote put the AfD neck-and-neck with the CDU. But the disqualification of more than two-thirds of the populist party's candidates means it can only gain a limited number of seats, leaving the CDU with an edge.

Read more: Does the AfD have any alternatives for the country?

The AfD slammed the election committee's decision as "despotic" and "arbitrary." It also accused other parties of conspiring to block it from becoming the strongest force in the regional parliament and said it plans to file a legal challenge.

Under German law, all election candidates must be chosen at a single party congress. But the committee said the AfD had approved its list at two separate meetings.

Tensions are already running high in German politics in the wake of the June killing of pro-migrant CDU politician Walter Lübcke, reportedly at the hands of a far-right sympathizer. The CDU has said the AfD was partially to blame for his death because it contributed to inciting extremist hatred. The AfD denies it promotes racist views.

The AfD entered its first state (regional) parliament in 2013 and progressed from one success to another, gaining seats in Germany's national parliament, the Bundestag, in 2017.

The right-wing populist party has threatened legal action against the Radisson Blu in the border city of Szczecin. The meeting had been booked in Poland after the AfD was unable to find accommodation in Germany. (28.06.2019)

How will the far-right AfD party shape the European Parliament?

Germany's right-wing populist AfD party will only have limited influence in the European Parliament. But its lawmakers hope to learn from more seasoned populist leaders. (16.06.2019)