German soldiers as a domestic security force? | Germany | News and in-depth reporting from Berlin and beyond | DW | 10.03.2017

For the first time in postwar Germany, the military and police have conducted joint counterterrorism exercises at home. Constitutional law expert Joachim Wieland explains why the Bundeswehr is seldom deployed in Germany. 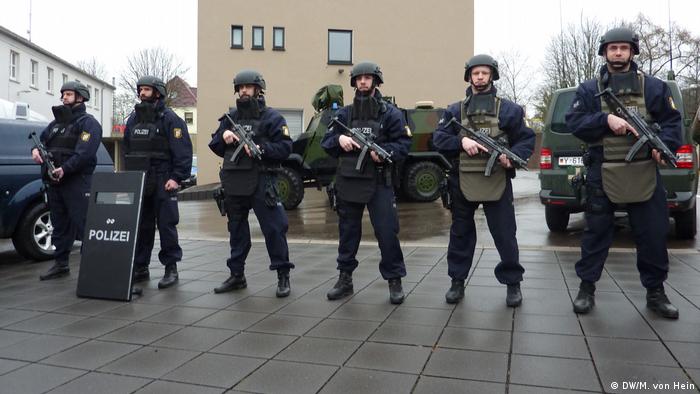 DW: Germany's Basic Law is very strict about the domestic use of the military. Article 35 permits the deployment of German soldiers only "under extreme circumstances." That has so far only been interpreted as natural disasters. Now the German military is training with the police for the first time against terrorism. What is the constitutionality of this?

Joachim Wieland: The Basic Law has a very reluctant view of domestic military operations due to Germany's history. In principle, the police should be responsible for domestic security. In 2012, the Federal Constitutional Court expanded how the relevant article is interpreted: Extreme circumstances can include those brought about by an intentional act - a terrorist act in this case. The court ruled that the armed forces may lend support not only after the fact but also in advance as a preventative measure. This is a considerable expansion of Article 35. The court said the article is not clear on this point and decided that the armed forces may, within strict parameters, support police operations in the event of an intentionally committed act.

Do we have to get used to seeing armed soldiers in the street? 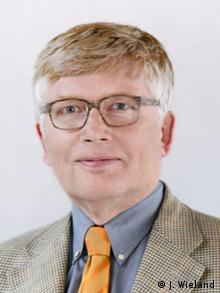 Wieland was critical of deploying the military inside of Germany

I don't think so. The bar is still very high. It's not just when the capacities of the police, federal police and border protection are not enough, but when the situation is catastrophic. Fortunately, we have yet to experience such a terrorist attack.

What was the justification for expanding the military's power?

The Federal Constitutional Court used clear legal justification, but there is certainly a practical aspect to it: There are presumably certain things the military can do better than the police - when there are booby traps involved or similar threats more commonly found in a war zone. Herein lies a certain danger, too: The easier it becomes to deploy the military, the easier it becomes to save on policing and say we don't need to better equip the police because we have the military in an emergency.

The military also seems eager to defend Germany from here at home - at train stations and on the corner. That's despite the burden of multiple foreign deployments.

In both the military and the political leadership, there is clearly a readiness to say that the military can take on additional tasks. Of course, there is also a financial interest here. Additional resources are in the ministries' interests. That should not be the overriding interest, however, but rather the Basic Law's significant reluctance when it comes to the domestic use of military force. 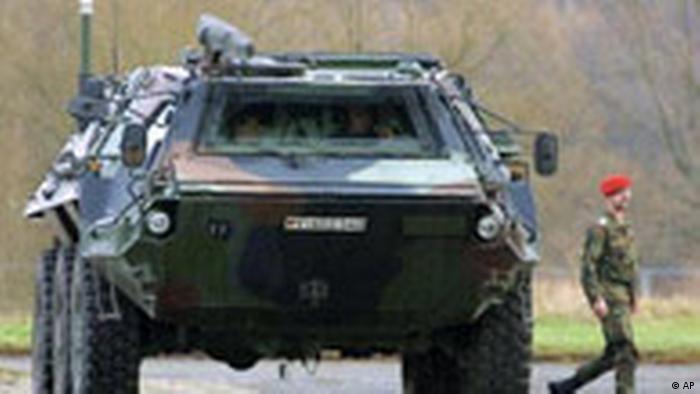 A survey from August found that nearly three-quarters of those polled support the domestic deployment of the armed forces in the event of a terrorist attack. Do people doubt the competence of the police?

I think it is more insecurity and the feeling that terror is a threat that we have to do everything in our power to counter. That, however, easily overlooks the fact that the military is not trained to do police work. The police have a completely different mission and completely different training. The military is prepared for war. Much of the public fails to recognize this. Ultimately, fear of terrorism prevails, but fear is rarely a good guide.

Joachim Wieland is a professor of public law and head of the German University of Administrative Sciences, Speyer. Previously, Wieland was an employee of the Federal Constitutional Court.

Following a spate of violent attacks in 2016, German lawmakers approved a series of broadened security measures that will see increased video surveillance. Technologies such as body cameras will also be introduced. (10.03.2017)

Sixty percent of Germans want more video surveillance in public spaces, according to a new YouGov poll published on Sunday. The public call comes in the wake of the Berlin Christmas market attack. (26.12.2016)