A police report seen by German media has found that extreme right protesters explicitly tried to violently chase down foreigners. Disagreement over whether such a "hunt" took place nearly toppled the German government. 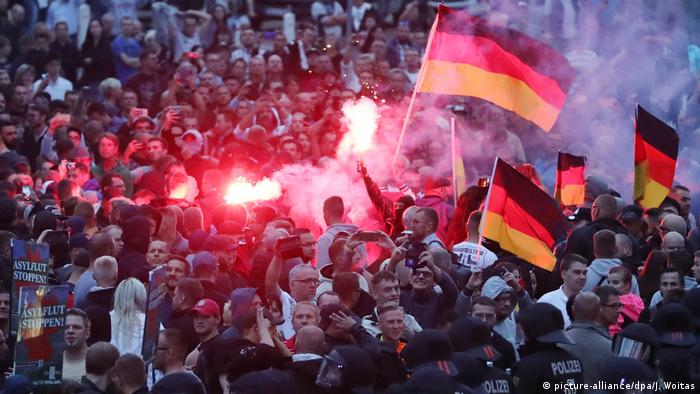 New details have emerged in the investigation into the August 2018 demonstrations in Chemnitz that show extreme right-wing individuals made specific plans to "hunt" migrants and foreign-looking individuals, German media reported.

The news sheds further details on the events one year ago that resulted in Chemnitz taking center stage in discussions on the prevalence of right-wing extremism in Germany and that nearly caused the downfall of Angela Merkel's national coalition government.

A 'great readiness to use violence' in Chemnitz

According to research by German daily Süddeutsche Zeitung, and broadcasters WDR and NDR, the Saxony Criminal Police Office evaluated chat messages exchanged between known members of Chemnitz's extreme right scene between August 26 and 28.

On August 26, a German national was killed in a stabbing in Chemnitz. Non-German nationals were suspected of the crime, with a 23-year-old Syrian national recently convicted of manslaughter in the crime.

The stabbing led to a week of far-right protests in the city that drew neo-Nazis from across Germany and saw migrants or foreign-looking individuals chased in the streets. 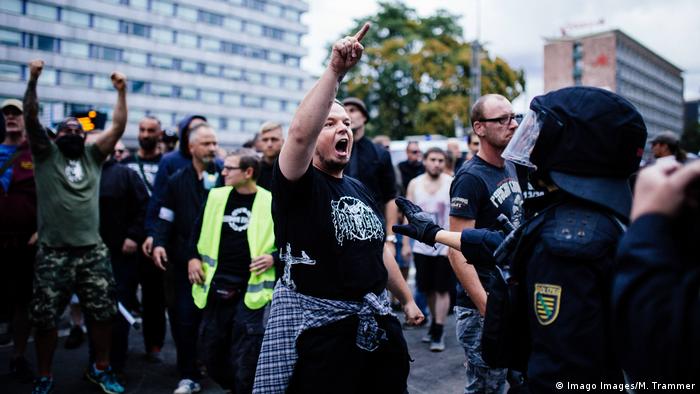 The Saxony report summarized that the demonstrations were marked by "great readiness to use violence against police officers, people with actual or presumed immigrant backgrounds, political opponents and journalists," the Süddeutsche Zeitung said.

The report also stated that the chat participants used the word "hunt" ("Jagd") repeatedly as the events in Chemnitz were ongoing, and described wanting to or having violently attacked people of immigrant background.

The document also states that the chat participants boasted among themselves about having successfully hunted supposed migrants.

The chats point to "the actual implementation of violent criminal acts against foreigners," the report read.

The right-wing violence in Chemnitz unleashed a debate over whether or not foreigners and foreign-looking individuals had been specifically targeted and pursued.

Evidence against doubts that shook the government

The then-president of Germany's domestic intelligence agency, Hans-Georg Maassen, disputed the idea that such a hunt had taken place and openly questioned the authenticity of videos showing foreign-looking individuals being chased. 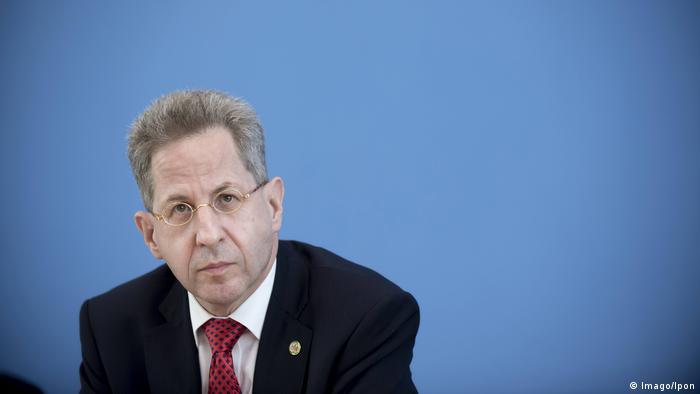 Maassen was initially promoted into a different position before being forced into retirement. The events almost toppled Merkel's government.

The doubts expressed by Maassen, a member of Merkel's conservative Christian Democrats (CDU), as well as his closeness to the far-right Alternative for Germany (AfD) party, triggered a crisis that nearly brought down the government coalition. The co-governing Social Democrats (SPD) demanded his removal. Maassen was eventually forced into retirement.

The Saxony police report is part of an investigation into the August 2018 Chemnitz events and is in the hands of the attorney general's office for further evaluation.