Germany's migration office is looking into the asylum decisions taken by a number of its branches, a report says. Its branch in the city of Bremen is already under investigation for alleged improper asylum approvals. 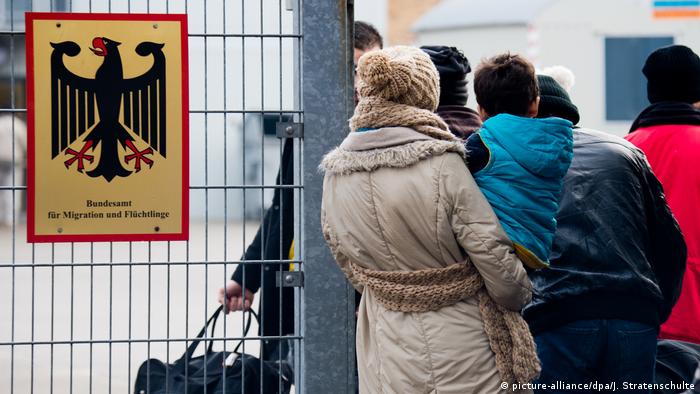 Several more regional branches of Germany's Federal Office for Migration and Refugees (BAMF) are being subjected to checks regarding their approval of asylum applications, a German newspaper reported on Sunday.

The Bild am Sonntag said 13 branches were being probed in addition to an ongoing investigation into activities at BAMF's regional office in the northern city of Bremen, where 1,200 asylum decisions are thought to have possibly been improperly approved.

The branches had come under scrutiny because there were noticeable differences in the number of asylum applications accepted or rejected in comparison with other offices, the report said.

It said altogether some 8,000 applications were to be re-checked.

Germany's migration authorities came under intense pressure with the influx of around a million refugees into Germany in 2015 and still have a large backlog of asylum applications awaiting decisions.

Sunday's report comes after it became known in April that a former official at Bremen's BAMF office was under investigation for having allegedly taken bribes from some 1,200 refugees between 2013 and 2016 in return for approving their asylum applications. Five other people at the office, including an interpreter and three lawyers, are being investigated as well, some also under suspicion of taking bribes.

Some 18,000 approvals granted by the office since 2000 are to be reviewed in the next three months, BAMF director Jutta Cordt said on Friday.

According to a report in the news magazine Spiegel, some of the people who benefited from the alleged manipulations in Bremen were considered to be potential security risks.

Read more: When an asylum request is rejected