When an asylum request is rejected | Germany| News and in-depth reporting from Berlin and beyond | DW | 02.11.2017

What happens when officials refuse an applicant’s request to asylum? In Germany, applicants have recourse to administrative courts and can even approach the European Court of Human Rights. Here is a short explanation. 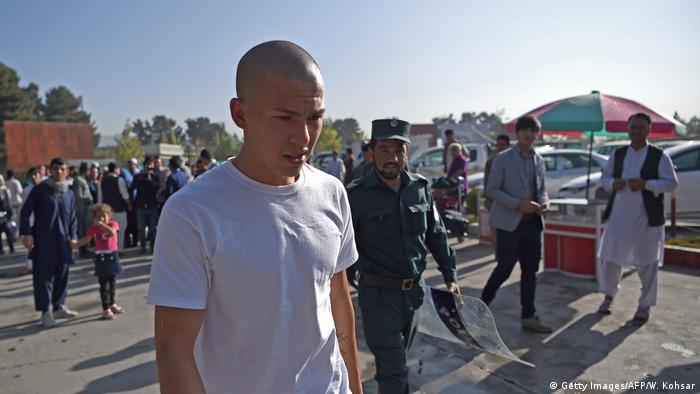 A new report by the German newspaper "Neue Osnabrücker Zeitung” recently reported that the number of appeals against asylum rejections until June 30, 2017 had gone up to 320,000.

A year ago, appeals were at 69,000, suggesting a five-fold increase in the number of applicants contesting rejections. The newspaper reported these figures on the basis of an answer to a query posed by the leftist "Die Linke” party to the German interior ministry.

The Federal Office for Migration and Refugees or BAMF can reject applications for asylum if its officials believe that the individual concerned does not need protection of any kind - including asylum, refugee status, subsidiary protection or ban from deportation, from the German government.

There are two main kinds of rejections: the simple rejection, when officials directly refuse an asylum claim, and the "offensichtlich unbegründet” or the "obviously unfounded” rejection, which takes place when officials believe that the applicant has lied about his country of origin, has not substantiated his claim to asylum, has been confirmed as a danger to Germany's security or is an economic refugee.

The second kind of rejection, where officials deem an application "unzulässig” or inadmissible, usually occurs when the applicant has claimed asylum in another European country before filing his or her claim in Germany.

Rejections are accompanied by a deportation notice and, depending upon the type of refusal, applicants have up to two weeks to file an appeal against the decision. 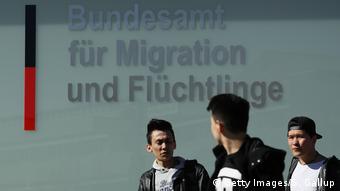 In the case of a simple rejection, a person is asked to leave German territory within the next 30 days and faces deportation if he or she fails to do so. A rejected applicant may file an appeal within two weeks of the decision.  In the case where an application is considered "inadmissible” or "obviously unfounded,” an applicant has only seven days to file an appeal.

In the first instance, the application is reviewed by an administrative court, which examines the BAMF's decision. The court then invites the appellant for a hearing. If judges think that the applicant deserves asylum, then the refusal is revoked and the BAMF is obliged to provide necessary protection.

The last option for filing an appeal against rejection is to go to the Federal Constitutional Court or, in case the applicant feels his or her human rights are being violated by deportation, he or she can approach the European Court of Human Rights.

A rejected asylum request often means that applicants will be asked to leave the country within a period of time specified by the BAMF. If the asylum seeker does not leave, he or she is forcibly deported. However, if the return is impossible due to practical reasons, the applicant is assigned a "Duldung” or a "tolerated permit to stay.”

In special cases, such as when the situation in an applicant's country deteriorates or he or she suffers from severe post-war trauma, the asylum seeker can file a subsequent application, known as an "Asylfolgeantrag” in German.  This could lead to being granted asylum or a ban against deportation to the applicant's home country.

While praising Germany's openness toward refugees, the UN refugee agency UNHCR has called on newly elected German lawmakers to further improve the situation and prospects for refugees. (22.10.2017)