German president in quarantine after bodyguard tests positive for COVID-19

German President Frank-Walter Steinmeier's spokesperson has said he is quarantining after one of his security details tested positive for COVID-19. The president is still awaiting the results of his own coronavirus test. 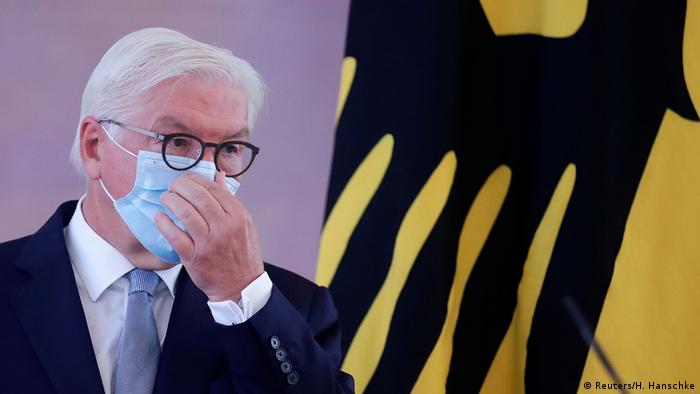 German President Frank-Walter Steinmeier was quarantining on Saturday after one of his bodyguards tested positive for the coronavirus, according to a spokeswoman for the president's office.

The bodyguard is considered is a first-degree contact person.

Steinmeier's first test came back was negative, but he remains in quarantine, a spokesperson said. Further tests are planned in the coming days.

Germany recorded 7,830 coronavirus infections in the last 24-hour period — the highest daily figure since the pandemic began, according to the Robert Koch Institute.

Steinmeier was due to appear at the Frankfurt Book Fair on Sunday to attend an award ceremony, but those plans have now been canceled.

German Foreign Minister Heiko Mass went into quarantine in September after it emerged that one of his bodyguards had caught COVID-19. Maas later tested negative for the disease.

At least two foreign ministers of European Union Member States have tested postive for the coronavirus following an EU summit in Luxembourg.