German politicians fend off online hate and threats | Germany | News and in-depth reporting from Berlin and beyond | DW | 27.07.2017

Many German politicians are regularly threatened and insulted online. The Greens parliamentarian, Özcan Mutlu, is just one example. As election season heats up, so too do the reactions on social media. 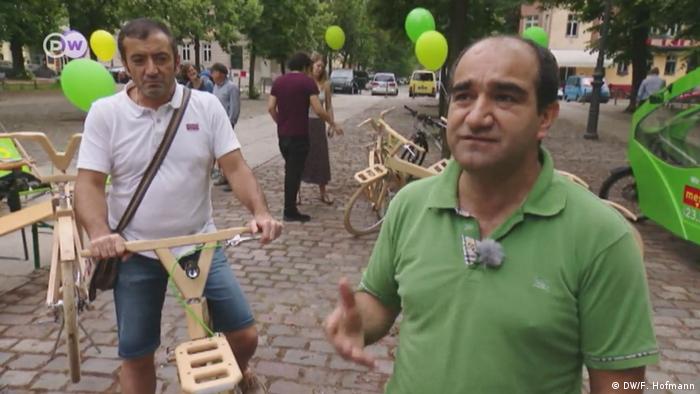 "We're quick to respond," Özcan Mutlu said. The Greens Party Bundestag member is campaigning for re-election. His team quickly creates and posts images and gifs across his social media channels. Mutlu is no internet newbie. His supporters expect him to keep on top of his core campaign issues as they appear online. Others, though, react less kindly to him.

Threats from all sides

As a German with Turkish roots, he is confronted by both neo-Nazis and Turkish nationalists - not only hate-filled commentary, but also death threats. Send him "to the gas chamber," one message said.

"I always report these offenses," he said. So far, however, that reporting has had little effect. The state attorney has looked into more than 40 instances of online abuse and nearly all are covered by freedom of expression. Mutlu is angry. In some cases, offenders have been summoned by police, he said, only to apologize to him for their comments. Mutlu was then encouraged to forgive them, "which is absurd," he said. Mutlu feels particularly threatened by comments that clearly suggest "they are in your immediate vicinity, from those you can come across on the street."

Mutlu's party colleague, Renate Künast, once turned the tables, visiting the homes of those who posted hateful comments about her. Some found it funny, but it changed little. Members of all parties face threats. Opposition was thus nearly nonexistent to regulations that crack down on social media comments recently introduced in the Bundestag, Germany's lower house of parliament, just ahead of the country's September national elections. The Greens contest the details, but many are for it overall.

"Freedom of speech has a weak lobby in Germany," said Niko Härting, a lawyer in Berlin who specializes in internet issues and is against the new regulations. "Everyone is concerned with what should be banned," he added, meaning what people do not want to hear. There is general agreement that "freedom of speech should be protected for the majority against the loud comments of the minority, which are occasional. This is, of course, a very dangerous course of action."

Härting also has expertise in the way Facebook deals with hate speech. The social media giant's office in Berlin can delete offensive comments, though the company has restricted media access to it. "What you find there would hardly win any friends," Härting, who has visited the office, said.

Violence and hard pornography get deleted, he said. Decision-making authority over online speech is, as he sees it, surrendered to a private company. Härting posed the question: What happens when "someone is blocked by Facebook because a satirical post gets misunderstood by a Facebook employee?" There is no recourse in this case. Instead, Härtling wants to hold the state attorney to account, with a task force comprised of experts with a deep knowledge on the subject.

Mutlu agrees, but he wants to see Facebook held accountable, too. "Facebook has algorithms to block posts showing nudity," he said. "If Facebook wants to it can build algorithms for criminal offenses. But the company doesn't want to do that."