The politician who last year presented the German parliament's acclaimed report on bungled police probes into a neo-Nazi murder spree has denied a media allegation of possessing child pornography. 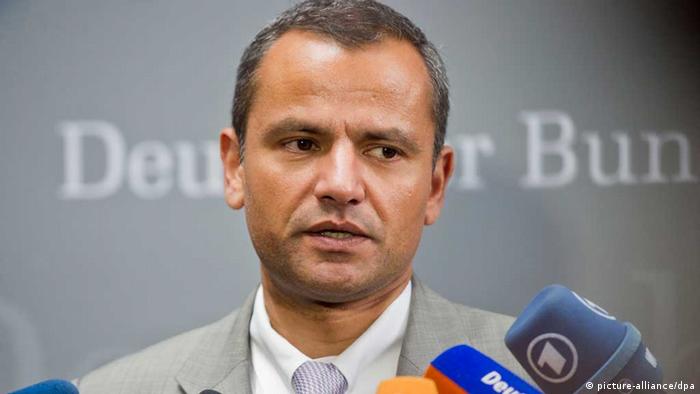 German Social Democrat (SPD) Sebastian Edathy denied on Tuesday a local newspaper's claim that a police search of his home in northern Germany was linked to child pornography.

A newspaper in Edathy's former constituency, Die Harke, based in the northern district of Nienburg, had leveled the claim on Tuesday in connection with police searches of Edathy's home and office reportedly on Monday.

Replying on Facebook, Edathy (pictured, last June) said the allegation was "untrue" and based only on "conjecture," adding that he would file charges on grounds that the local press was present during the search of his home.

Grounds for punishable behavior were non-existent, he said. "I assume that the assumption of innocence applies for me too," Edathy added.

Edathy, 44, announced unexpectedly on Saturday that he had relinquished his federal Bundestag parliamentary seat on Friday for health reasons.

In Berlin on Tuesday, the SPD's parliamentary caucus manager Christine Lambrecht said the party was "deeply shaken" by the allegations against Edathy.

Lambrecht and other SPD officials demanded the fastest-possible clarification of the circumstances.

Edathy was first elected to the Bundestag in 1998 and headed its federal committee for policing and security between 2005 until 2008.

The public prosecutions office in Hannover, the capital of Germany's northern state of Lower Saxony, confirmed on Tuesday that an investigation had been initiated against Edathy, but published no reason.

For 19 months Edathy chaired the federal parliament's cross-party committee of inquiry, which last August in its report concluded that the far-right murder spree went undetected for years because German security services made scores of errors. Police had initially and falsely assumed that a Turkish gang was behind the murders.

The so-called National Socialist Underground (NSU) group killed eight small-business proprietors of Turkish origin, a Greek immigrant, and a German policewoman between 2000 and 2007.

The death of two gang members in a suspected murder-suicide in 2011 brought the NSU to light and shook German society. A third female suspect, Beate Zschäpe, has been on trial for months in Munich.

One of 47 recommendations made by Edathy's committee was that police should hire more persons from ethnic minorities to help change the mentality within police forces. A number of domestic intelligence officials resigned amid the scandal.

Germany is set to re-examine almost 750 cases of killings or attempted killings to see if the suspects had far-right motives. This follows a scandal over 10 murders that were only belatedly traced to a neo-Nazi cell. (04.12.2013)