The cooperation between right-wing extremists from different countries is gaining strength. Experts warn that this phenomenon could have dangerous consequences. 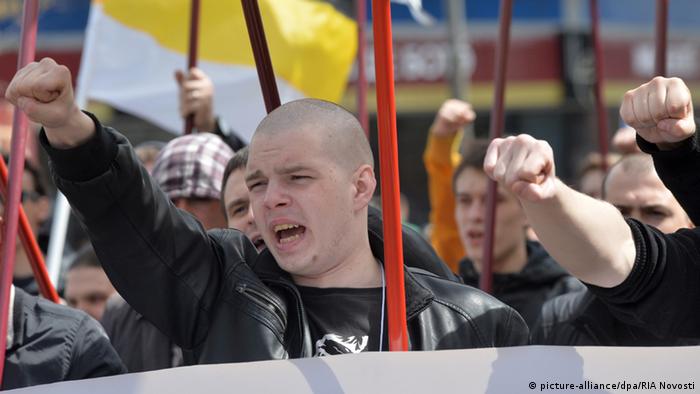 The murder of Pavlos Fyssas seems to have served as a wake up call for the Greek authorities. An antifascist activist and rapper, Fyssas was stabbed to death on Wednesday (September 18) near Athens.

The suspected offender was a member of the neo-Nazi political party Golden Dawn. The party, which gained nearly 7 percent of the votes in the Greek parliamentary elections of 2012, has denied any involvement.

But the authorities are nevertheless determined to take a stronger stance against right-wing extremism. In several Greek cities, police officers have arrested party members who possess weapons.

Golden Dawn has allies all over Europe. In 2004, it joined the European National Front alliance together with other European far-right parties, including Germany's NPD and Spain's La Falange. In Germany, recent investigations into the murders committed by the neo-Nazi group NSU (National Socialist Underground) have revealed an extensive international network that serves the interests of right-wing extremists.

"Neo-Nazis began to network, also on an international level, in the mid-1990s or even earlier," said Berlin-based political scientist and right-wing extremism expert Hajo Funke. 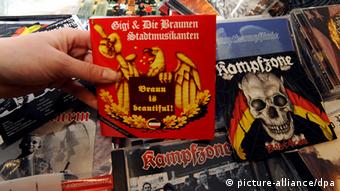 Neo-Nazis have their own music scene

Andreas Speit, a Hamburg-based author of several books on right-wing extremism, says that neo-Nazi activity can be broadly divided into three different categories.

"You have to distinguish between three types: the subculture scene, the violent neo-Nazis and the politics," Speit said.

He has observed that, on the cultural level, networking is being done at right-wing rock concerts. German bands with racist song lyrics tour all around Europe.

"As a right-wing rock band, you can perform in countries like Italy or Greece," added Speit. CDs with songs that are banned in Germany are produced abroad and then brought into the country.

Experts have observed a form of cross-border cooperation between violent neo-Nazis. Internationally active groups such as the Ku Klux Klan, Combat 18 and Blood and Honour can help individuals wanted for right-wing crimes go into hiding in other countries.

"Such groups have become stronger in recent years because domestic intelligence agencies have allowed it to happen," Funke said.

"There have been incidents of German neo-Nazis traveling to the Czech Republic and taking part in attacks on Roma and Sinti people - or going to Greece to see how the Golden Dawn operates," explained Speit. "You could call this violence tourism."

However, right-wing extremists also attempt to gain influence through legal methods. The European Alliance for Freedom and the Alliance of European National Movements are two parties that plan to run for office in the next European Parliament elections. 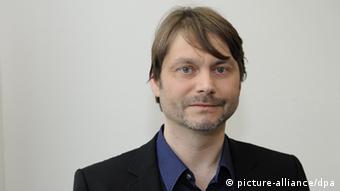 Speit has written extensively on the topic of right-wing extremism

But why do nationalists from various countries work with each other?

"Neo-Nazis don't think in terms of national borders," said Speit. "They don't hinder each other's activities but instead they want to see the white race maintain power around the world. And as long as foreigners stay in their own countries, the neo-Nazis have nothing against them. The ideology at play here is ethno-pluralism."

The one thing that unites the right-wing parties from all countries is hatred of Jews. This is a reason why many neo-Nazis had great respect for former Iranian president Mahmoud Ahmadinejad, who openly spoke against Israel and threatened to destroy it. The bond between Islamists and neo-Nazis is not a new phenomenon, however.

"Already in the 1920s there were strong alliances between the right-wing groups of Europe but also with the Arab world," said Speit, adding that the ideology behind this was banal. "The right-wing extremists realized that the other group was also fond of upholding its old traditions, including those pertaining to dealing with women."

According to Speit, right-wing ideology is spreading internationally. This is partly due to the effects of the economic crisis and the uncertainty felt by the middle class. The networking between neo-Nazis only exacerbates the problem.

"We can expect that they will get more mandates during the next EU parliamentary elections," said Speit.

The movement is also "unbelievably active" on the music scene. Young people from small towns are easily excited by the local right-wing extremists getting the chance to travel to Italy to attend a concert. This is why it is important to take preventative measures.

"Turning away doesn't solve the problem," said Speit. "If you confront right-wing extremists, you have a chance to change them."

The murder of a left-wing activist in Athens has shaken up Greece and inspired a backlash. The government has now promised to take action against violence from far-right extremists.