Germany is flat-out ignoring the threat of neo-Nazism, argues author and journalist David Crossland. With his debut novel, a gripping and violent political thriller, he hopes to shake the country awake. 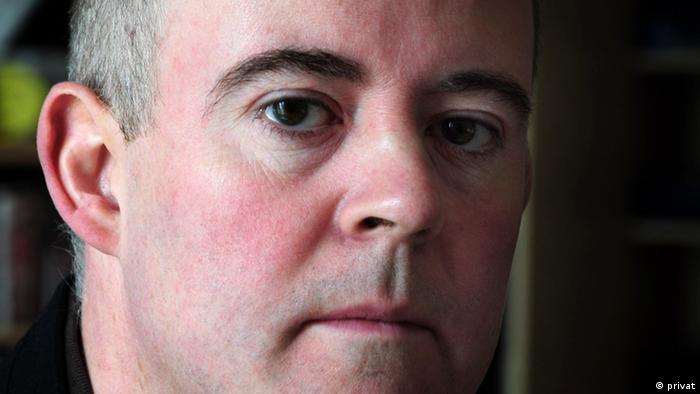 Released in the midst of Germany's federal election campaign, David Crossland's "The Jewish Candidate" poses the timely question of whether or not the country is ready for a Jewish leader. While the page-turner affirms that it is, it also depicts an extremely violent, well-organized and well-financed neo-Nazi scene, which plans an assassination attempt on the Jewish chancellor candidate, all the while blaming it on Muslim extremists.

DW: Mr Crossland, in your book "The Jewish Candidate," you paint a picture of a Germany where the far-right has a very strong foothold, but is overlooked. How does this image compare to the real Germany we live in?

David Crossland: I paint a picture of neo-Nazi violence, especially in the former communist East, and that is borne out by almost daily reports in the press and by the experience of a lot of asylum seekers, immigrants, people who don't look German, left-wing activists who get attacked and injured and in many cases killed.

This is a real phenomenon that's been happening since the early 1990s. Of course the far-right isn't the major political force nation-wide, but you do get communities in eastern Germany - in Mecklenburg-Vorpommern, around Sächsische Schweiz - where they get a lot of support locally.

I think this is a very real problem, and I tried to be as realistic as I possibly could.

So your aim was to paint a real picture of Germany using the medium of a fictional thriller?

It was. I've been reporting about this for over a decade, ever since I came to Berlin to report for Reuters as bureau chief in 2001. Right from the start, I was struck by how everyday this violence was and how lightly authorities were taking it. Not that much has really changed, even since the NSU case.

If you talk to anti-racism campaigners and people who help the victims of violence, they say not enough has changed. Germany really needs to wake up to this problem. Even though most Germans don't feel threatened by this problem, it is a very real physical threat. And in the long-term it is a threat to Germany's reputation as a civilized democracy.

In "The Jewish Candidate," the incumbent chancellor is named Angela Müller, which is an obvious reference to Germany's real Chancellor Angela Merkel. You are critical in the book of her not taking action against the neo-Nazi violence. Does that reflect your criticism of the Merkel government? 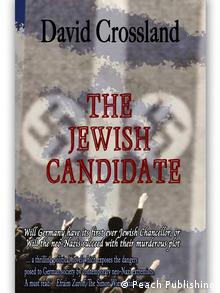 Very much so. I think Angela Merkel has done next to nothing to address this problem. From a politician's point of view, that is quite understandable. It's not a major electoral issue; it's not a vote winner. And Merkel is known for focusing her policies on vote maximization, so I'm not surprised.

There are so many initiatives across eastern Germany to combat the far-right. Why hasn't she just helicoptered in one Saturday afternoon to some Bürgerinitiative [Eds: citizens' action committee] to counter some neo-Nazi rallies? There is no sense of a national effort to combat this problem.

As you say, crimes are being committed by neo-Nazis, and people have been killed. So why is this problem going under the radar?

I think the main reason is that most Germans don't feel threatened by it. Germany has done so much to atone for the Holocaust and for the crimes of the Third Reich. I think there's a general sense of "We've done enough." There's also a desire to just ignore the problem and not to acknowledge its existence because it's such an unpleasant phenomenon.

In a way, it's understandable. This is an extremely democratic, well-governed country. It's a lot safer for most people than other European nations. But it's this one, rather localized problem that it's not addressing.

The question of whether Germany's far-right political party, the NPD, is unconstitutional and should be banned comes up now and then. Do you support a ban?

I definitely think it should be banned. I think, for obvious reasons, Germany has very strong laws on freedom of speech, but I think in this respect it should send a signal that certain opinions - especially in this country - are not acceptable. You don't need informants. The NPD so often makes clear that it is undemocratic. It's not just racist, xenophobic, it's anti-democratic - it worships the Third Reich and quite clearly wants a Fourth One. This party needs to be banned.

In the book, Germans' fear of Muslims is instrumentalized by the neo-Nazis. How do you think Muslims can be better integrated in Germany?

I think Germany should be much more welcoming and should do more to adapt the education system to their needs. Of course it's a fifty-fifty thing, but it can't be that after half a century of immigration by Turks that they are still seen by so many people as Ausländer [foreigners] and not as Germans. There's just got to be a change in the approach and people have to realize that something like 15 to 20 percent of the German population has an immigrant background. They need to be accepted as Germans.

There are very few ethnic minorities in the German government. Do you think that will be changing soon?

This is a country where change happens very quickly. There's a chance that the first black MP might get into parliament on Sunday. He's from the SPD [Eds: Social Democratic Party]. I think in many ways Germany is several decades behind other countries, like Britain, in terms of integration, in terms of accepting immigrants as being part of their own community.

It is more socially acceptable, even among educated, middle-class people, to make comments that in Britain would be seen as unacceptably racist.

The far-right party in the novel attains 11 percent of the federal vote, which is more than the real-life NPD gets. Do you think the current far-right scene in Germany is capable of such a large-scale act of terrorism as the assassination attempt described in "The Jewish Candidate"?

Yes! I definitely do. They have money, they have financial resources, they're not as thick as people thought they were. They seem to have access to a tremendous amount of weapons. Theoretically, why couldn't they hire an assassin and get the job done?

One of my points in the book was: Is Germany ready for a Jewish chancellor? Theoretically, yes. It's reached the stage of development where I think people would elect a Jewish chancellor. They would probably have more misgivings about electing a Muslim as chancellor, though. But I also think that the neo-Nazi scene would be dangerous enough to kill him.

When's the movie coming out?

It would have to get a bit more traction first … but wouldn't that be great!

David Crossland was born to British parents in Germany in 1967 and grew up bilingually in Bonn, then the capital of Germany, where his father was a foreign correspondent. Crossland became a respected journalist himself, working for Reuters and Der Spiegel. Over the past decade, he has focused his reporting on the far-right scene in Germany.

German magazine "Der Landser" tells WWII stories from the perspective of Wehrmacht soldiers. In July, Jewish Simon Wiesenthal Center called for it to be banned. Publishing house Bauer has now terminated the magazine. (16.09.2013)