Police officer Michele Kiesewetter was the last of ten victims of the German right-wing terrror group, NSU. A court in Munich has begun to hear witnesses to find out why she was killed. DW’s Marcel Fürstenau reports. 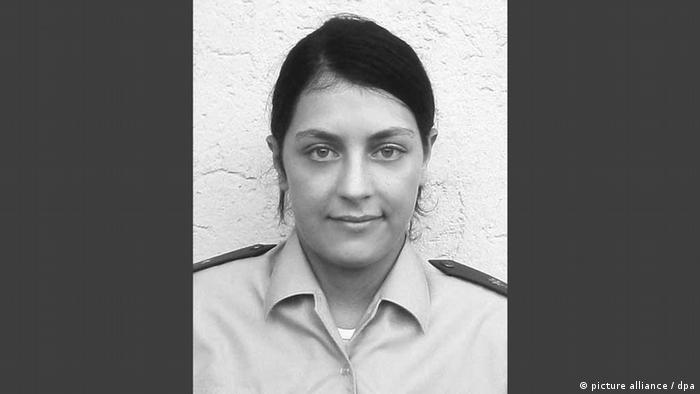 Thursday (16.1.2014) was day 75 of the trial against the suspected terrorist Beate Zschäpe and four other accused in Munich. For the first time this year the 100 audience seats in the courtroom were all occupied.

In the past the court had dealt with the personal background of Zschäpe's two deceased accomplices, Uwe Böhnhardt and Uwe Mundlos. The court heard from friends and family members of the two men, who are suspected to have killed ten people over the course of several years. Nine of their victims were immigrants, most of them of Turkish origin. Michele Kiesewetter from the Thuringia region in Eastern Germany was the only female victim.

Now the court is dealing with her case. Kiesewetter was shot dead on April 25, 2007 in Heilbronn, her partner, police officer Martin Arnold, survived the attack with severe injuries.

Several police officers took the stand on Thursday. They expressed their frustration with their own investigation into the deaths of their colleagues, explaining that they had failed to find any evidence on the identity of the perpetrators for many years.

It was only when the NSU terrorists killed themselves after a botched bank robbery on November 4, 2011, that crucial evidence came to light: Kiesewetter's handgun was found among Böhnhardt's and Mundlos' belongings. She was the pair's last victim and the only one without an immigrant background.

One of the investigating officers presented the court with photographs from the crime scene and reconstructed events: Kiesewetter and Arnold seemed to have been attacked during their lunch break, he said. Both were shot in the head from the back. A passer-by then discovered the badly injured police officers and called an ambulance. By the time it arrived, Michele Kiesewetter was dead.

Martin Arnold has no recollection of the events. He said he could only remember that they had driven to the Theresienwiese park in Heilbronn, and that it was a warm day so they parked the car in the shade of a tree. “That's where my memory ends,” he told the court.

Arnold said he could remember nothing beyond that; and that the crime scene photos and media reports he saw later did nothing to trigger his memory.

No time to mourn

He was in a coma for four weeks following the attack and underwent surgery several times. When he finally regained consciousness, the 31-year-old was completely disoriented and one side of his body was completely paralyzed.

“I didn't know why I was in hospital,” Arnold said. My family told me that I had had an accident. There were no mirrors in his hospital room, no newspapers, no TV. It was only later that he was questioned by the investigating officers, who also informed him of the death of his partner.

He underwent a rehabilitation program for five months and then returned to work. But he does not go on patrol anymore. He works in an office and never carries a gun again, he told the court.

Arnold is heavily traumatized. It was his childhood dream to become a policeman, he said, but that had now been destroyed. He has trouble sleeping and there are still bits of the projectile stuck in his head. He has problems with keeping his balance, he is at risk of suffering epileptic fits, he is prone to severe headaches, he feels disfigured by the scars from the operations and is deaf in one ear.

So much happened in the past seven years, he said. “I am just glad to still be alive.” Arnold has not yet managed to come to terms with the death of his partner, however, who he went on patrol with for the first time on that day in April 2007.

“I have not found the time to really mourn her,” he said.

Arnold said he was disappointed by the lack of results of the police investigation, and he felt frustrated that the motive for the attack was still unclear. Now, with both perpetrators dead and their suspected accomplice, Beate Zschäpe, refusing to testify, Arnold said he had little hope for a breakthrough.

Zschäpe was sitting only a few meters away when Arnold was testifying in the courtroom. She showed no reaction.