Teams carried out raids on the homes of about 100 patients of a doctor alleged to have issued vaccination certificates without giving the shots. In some cases, authorities even took blood samples. 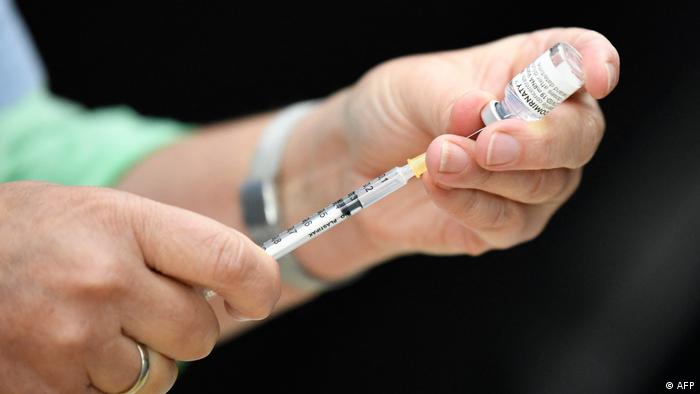 Some patients wanted the real vaccine, while others apparently didn't

Police across several states swooped on Thursday in an investigation into a doctor from southern Germany suspected of providing proof of coronavirus inoculation without giving the vaccines.

Operations took place in the states of Bavaria, Baden-Württemberg, North Rhine-Westphalia, and Hesse at the homes of about 100 people, a spokesman for police in the Bavarian city of Augsburg said.

Officers were acting under the orders of Augsburg District Court, searching homes and in some cases taking blood samples.

Police said the suspects were largely cooperative and there was no resistance to the taking of blood. The police spokesman did not say how many suspects gave samples.

Proof of vaccination or recent recovery from COVID-19 is required for entrance to many shops, restaurants and public events in Germany. Just over 70% of German adults have been fully vaccinated against the coronavirus (with 45% having received a booster shot). The country is also currently debating whether vaccination should be mandatory.

Some patients duped, others aware

The raids were part of an investigation into a physician who was last known to have practiced in the town of Wemding, some 100 kilometers (just over 60 miles) northwest of Munich.

In addition to proceedings against the doctor, some patients are also being investigated for aiding or abetting the issuing of incorrect health certificates and their use.

They are also suspected of violating Germany's Infection Protection Act. Last November, the newspaper Welt am Sonntag revealed that more than 2,500 cases of forged certificates had been reported since the beginning of 2021. About half of those were in Bavaria.