More than 2,500 cases of forged health documents have been reported to state police departments, with the majority created recently, according to a recent investigation by a German newspaper. 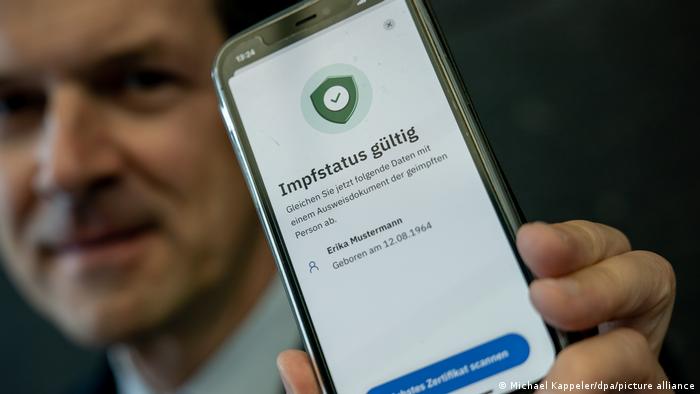 German police have recorded a sharp increase in the trade of forged vaccination certificates, the newspaper Welt am Sonntag reported on Saturday.

Eleven out of 16 state police departments provided figures for the paper's investigation, revealing that more than 2,500 cases have been reported since the beginning of the year.

The findings come a few days after Germany tightened rules to reduce the spread of COVID-19 to allow only vaccinated people and those who have recovered from the virus to access many public spaces.

Germany issues paper vaccination certificates, which contain QR codes that then be scanned to show proof of vaccination in the country's coronavirus trace and track app.

What did the newspaper discover?

Welt am Sonntag reported that the majority of roughly 2,500 reports of forged vaccination certificates were made in the past few weeks.

The southern state of Bavaria recorded 1,286 incidents of forged vaccination cards, stamps, stickers of certificates — about half of them in November.

Bavarian Interior Minister Joachim Herrmann told the newspaper that officials expect a significant rise in the number of forged health documents due to new curbs put in place last week.

Hermann said forging certificates is not a "trivial offense" and that "these people are putting the lives of others at risk."

His comments come as Germany, this week, recorded more than 100,000 total deaths from COVID-19.

Several hundred cases of faked vaccination documents were recorded in the states of Baden-Württemberg and Lower Saxony.

Germany's most populous state, North Rhine-Westphalia, and Hesse, where the city of Frankfurt sits, didn't provide any case numbers.

The newspaper said authorities think the number of fake health documents in circulation is likely to be much higher than the 2,500 reported by the paper.

Where were the certificates being sold?

While the trade of fake certificates was initially reported to take place on closed channels such as the Telegram messenger service, Welt am Sonntag found that the documents were now being offered for sale on open platforms like Instagram.

Reporters from the newspaper contacted several sellers and said they received responses within a few minutes offering the forged health certificates, which were delivered a few days later at a cost of around €200 ($226) each.

Instagram owner Meta (formerly Facebook) said the advertisements reported by Welt am Sonntag had been taken down and that the company continually searches for and removes similar content.

A separate investigation by Wirtschaftswoche (Business Week) magazine told how the employee of a Munich pharmacy made €100,000 by selling more than 500 fraudulent vaccination certificates on the Darknet.

To do this, the worker is alleged to have obtained unauthorized access to the pharmacy network and illegally generated the QR codes for the digital vaccination card.

The business magazine conducted its own analysis of reports of forgeries and found that at least 3,100 probes are currently underway across Germany.

Meanwhile, two Dutch nationals have been charged with trying to enter Germany with fake vaccination certificates.

The 49-year-old man and his 46-year-old wife were stopped for a random check at the border shortly after midnight on Thursday.

A German state minister has warned that the omicron variant of COVID-19 has "very likely already arrived" in Germany, as mutations typical of the variant were detected in a traveler returning from southern Africa.

The southern German state has also imposed a lockdown on all districts that have a seven-day COVID incidence rate of over 1,000 per 100,000 people. In Saxony, a curfew for unvaccinated in hotspots is being imposed.