Authorities have said that they know of at least 70 cases stemming from the same criminal gang. Nigerian men are suspected of paying for fake marriage licenses to Portuguese women in exchange for EU residency. 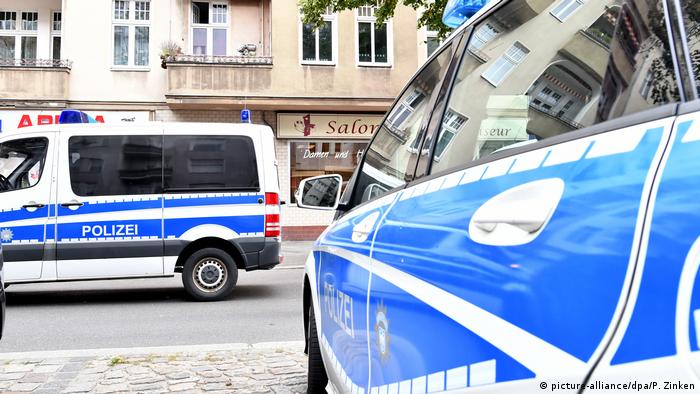 Hundreds of German police officers carried out dozens of raids on Tuesday morning searching for couples believed to have created sham marriages in order for the "husbands" to receive residency permits for the European Union.

Some 41 apartments were searched in Berlin, Potsdam, Frankfurt and Görlitz. The raids resulted in the arrest of one man and four women, although the authorities said they know of at least 70 sham marriage cases involving the same trafficking gang. Police said the female suspects were between the ages of 46 and 64 and that the man was 50 years old.

The criminal organization finds Nigerian men who wish to stay in the EU and pairs them up with women from Portugal. The men pay around 13,000 euros ($15,550) for counterfeit marriage certificates from Nigeria that are shown to the German authorities along with a well-rehearsed love story confirmed by the Portuguese "wife."

The women usually fly back to Portugal within a matter of days. According to the federal police, the purpose of the raids is to determine whether the homes look like a couple lives there. German authorities then work with Europol to prove that the marriage is a sham.

Similar raids were reportedly carried out in Portugal in tandem with the ones in Germany.

This is the second major raid against visa fraud in recent months. In June, German police took down a "fake father" ring – wherein German men were paid to put their names on the birth certificates of children born to immigrants from Vietnam, parts of Africa and eastern Europe. The babies were automatically granted German citizenship, which allows their mothers to claim German residency permits.

Authorities estimate that about 5,000 of these false paternity claims are made every year. They are notoriously difficult to prosecute however, because police cannot order DNA tests and have to follow strict guidelines when probing into a suspect's personal life.

Angela Merkel's government is trying to stop poor German men from selling paternity so that children born of foreign mothers can gain citizenship. But the Constitutional Court has some objections. (05.04.2017)

The European Court of Justice has granted Germany the right to refuse a visa to an Iranian national on the grounds of security concerns. Sahar Fahimian had applied to pursue her doctorate in IT security in Darmstadt. (04.04.2017)

German Foreign Minister Frank-Walter Steinmeier says visa-free travel for Turkish citizens in the EU isn't currently on the agenda. European leaders have balked at such concessions after Turkey's post-coup crackdown. (09.08.2016)