Officials have said that there are thousands of cases of men claiming paternity for money and expedited visa procedures. Legally prosecuting them, however, remains a gray area. 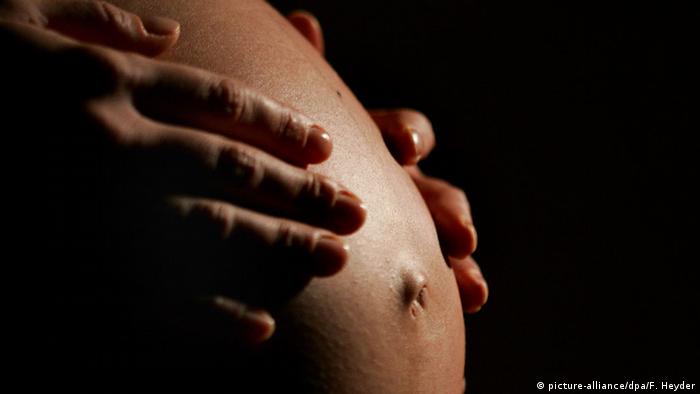 Angela Merkel's government is trying to stop poor German men from selling paternity so that children born of foreign mothers can gain citizenship. But the Constitutional Court has some objections. (05.04.2017)

Germany is mulling legal recourse for men whose children were - unbeknownst to them - fathered by another man. Studies say that between 4 and 10 percent of German kids are so-called "milkmen's kids." (29.08.2016)

The EU Parliament's proposal to increase maternity leave from 14 to 20 weeks has been rejected by member states, among them Germany. They also dismissed an increase to 18 weeks as proposed by the European Commission. (06.12.2010)

Authorities in Berlin admitted on Tuesday that Germany was seeing an epidemic of so-called "fake fathers" across the country - perhaps as many as 5,000 a year.

The practice revolves around German men claiming paternity of a migrant's child in exchange for a cash payout, and a German passport for the infant.

If their child is a citizen, the mothers can then be granted permanent residency in Germany.

"The business of speeding up residency procedures by means of sham paternity is a nationwide phenomenon," said Parliamentary State Secretary for the Interior Ministry Ole Schröder. He added that the 5,000 cases were only the ones the government was aware of, meaning the actual number may be much higher.

In many cases, the men in question are living off of welfare and are thus exempt from having to pay child support as well.

According to broadcaster RBB, there were 700 false paternity claims just in Berlin.

Martin Steltner, a spokesperson for the Berlin state prosecutors' office told RBB that they had found one man who had claimed paternity for ten different children.

The federal government is planning legislation to curb the "fake father" industry, just as it has previously done with sham marriages arranged to expedite the visa process. This could prove tricky, however, as it may leave the children stateless.

Steltner also pointed out a further hindrance, namely the impossibility of ordering DNA tests or probing into someone's personal life. Whoever legally has his name on the birth certificate is the father, whether that is biological fact or not.

"In that way, it is very difficult to legally investigate" those suspected of participating in false paternity scams, Steltner said.