German police have arrested a man suspected of loosening bolts on a stretch of high-speed rail line between Cologne and Frankfurt. State-owned operator Deutsche Bahn described the incident as "sabotage." 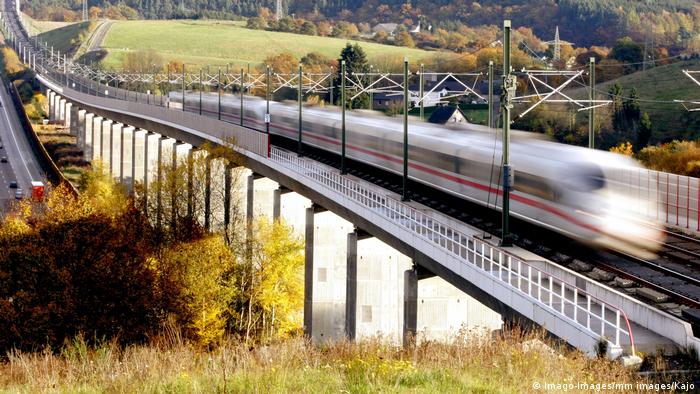 A 51-year-old man in Germany was facing charges of attempted murder on Saturday after being "strongly suspected of having removed bolts on 80 meters (260 feet) of rail on a bridge between Cologne and Frankufrt," prosecutors said in a statement.

Investigators are still trying to determine the suspect's motives, while police on Friday said they could not rule out a "possible attack attempt."

The affected area of the track was located just before a bridge near Niedernhausen, outside Frankfurt. An Intercity Express (ICE) train driver noticed something unusual while crossing it during the early hours of the morning Friday. Police later said several trains had crossed that stretch before the tampering was discovered.

"Under such circumstances a train could be derailed," a police spokesperson said. "Luckily no harm came to any trains or passengers.".

Several trains had to be canceled or redirected as a result, but traffic has since returned to normal.