German parliament: What can investigative committees do? | Germany | News and in-depth reporting from Berlin and beyond | DW | 01.03.2018

German parliament: What can investigative committees do?

They aren't known for their expedience, but Bundestag inquiries remain one of the most important tools for regulating the German government and federal agencies — and making the results public. DW examines how they work. 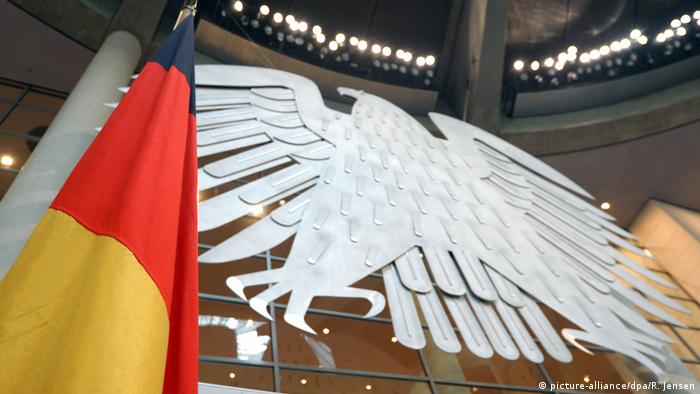 Over a year after the terror attack on a Berlin Christmas market that claimed 12 lives, Germany's Bundestag has opened a parliamentary inquiry into the case.

Read more: Germany's new Bundestag: Who is who in parliament?

Unlike congressional probes in the United States, which are formed within pre-established committees, lawmakers in the Bundestag are able to form entirely separate investigative panels to probe a diverse range of issues, including scandals, terror attacks and international affairs.

Why are they there?

Investigative committees are used as a monitoring tool by parliament to investigate possible abuses, mismanagement, inaction or incorrect actions by the federal government and federal agencies. The inquiries also examine possible misconduct by politicians and civil servants.

Only 25 percent support among parliamentarians is required to establish an investigative committee, making them a powerful tool for opposition parties.

The committees have the power to call witnesses and experts to testify in front of the panel. Unlike state parliamentary inquiries, committees on the federal level also have access to files and records from federal agencies, making their inquiries more comprehensive.

They also publish the results of their findings in a report that is presented to the rest of parliament and made available to the public. 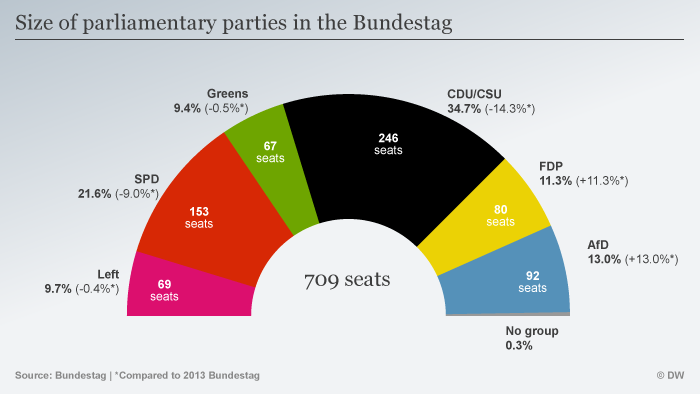 Who is on the committees?

All parties in the Bundestag must be represented in every investigative committee, and the total nuber of participants depends on the makeup of parliament and is not set.

For this current session of the Bundestag, 18 lawmakers — nine regular and nine deputy members — will likely take part in the committees. The parties must be represented proportionally to reflect their seats in parliament.

Each group of regular and deputy members will be comprised of three members from the conservative Christian Democrats and Christian Social Union (CDU/CSU) bloc, two from the center-left Social Democrats (SPD) and one member each from the far-right Alternative for Germany (AfD), the business-friendly Free Democrats (FDP), the socialist Left party and the Greens.

This is the first legislative session the AfD will be able to take part in the committees. However, the party doesn't have a strong enough presence in the Bundestag to trigger the creation of any of the committees by itself. After their four-year absence from the national stage, the FDP will once again be part of the committees, as well.

Each party decides which of their MPs will sit on a given committee.

Do they have time limits?

All investigative committees must wrap up their work by the end of a parliamentary term. Depending on when the inquiry is formed, they have up to four years to present a final report.

Sometimes they can be called upon to present an interim report or a preliminary report if the committee runs out of time.

In certain instances, however, cases can continue to be investigated if the next parliament agrees to form another committee on it. For example, there have been two consecutive Bundestag investigations into the National Socialist Underground (NSU) terror group, running from 2012-2013 and again from 2015-2017.

Does anything change when they're done?

The parliamentary inquiries have the power to make recommendations in their reports, such as changes to the law as well as having courts and administrative agencies carry out investigations. Their ability to enact change, however, is less straight-forward.

Often, investigative committees are formed months or years after an event or scandal takes place. This means it can be hard to determine whether the consequences for those involved resulted from the inquiry or from other factors.

A parliamentary inquiry from 2014 to 2017 into the US National Security Agency (NSA) espionage activities in Germany led to consequences for the German foreign intelligence agency (BND), including the dismissal of BND leadership. The affair didn't have consequences for government officials in the Chancellery, however, who were supposed to oversee BND activities.

The true power of parliamentary inquiries, perhaps, lies in their final reports — many of which are hundreds of pages long — and the transparency they provide to the public.