Germany's new Bundestag: Who is who in parliament?

There will be significantly fewer women in Germany's new parliament, but more lawmakers with immigrant roots. The average MP age has dipped only slightly. Here is a demographic overview of the new Bundestag. 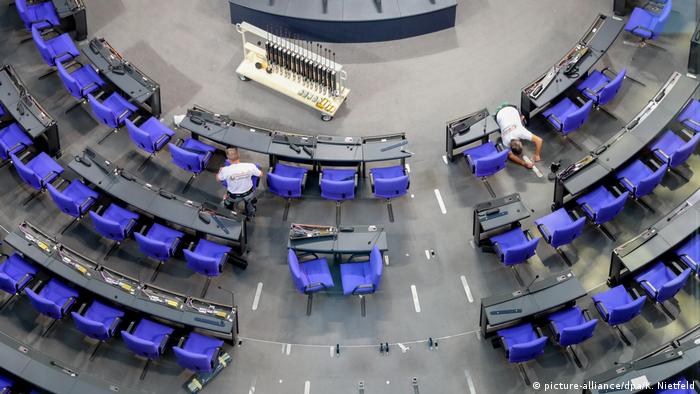 The Bundestag, Germany's lower house of parliament, convened on Tuesday for the first time since September's general election. It's now larger than ever: 709 MPs compared to 631 in the previous one. It will also be more fragmented. With the arrival of the far-right Alternative for Germany (AfD) and re-entry of the business-friendly Free Democrats (FDP), the new Bundestag consists of six parliamentary parties in all. Not since the immediate postwar years, up to 1957, has the Bundestag seen more than five.

The biggest losers are the former government's grand coalition partners, the conservative Christian Democratic Party (CDU)/Christian Social Union (CSU) bloc and the center-left Social Democrats (SPD). Chancellor Angela Merkel's CDU, along with its Bavarian sister party the CSU, remains the largest parliamentary party, but its share of the Bundestag has taken a big hit: Although the CDU/CSU bloc received only 8.6 percent fewer votes than in 2013, the presence of the AfD and FDP in parliament means it now has 14.3 percent fewer seats.

The election confirmed what had already been suspected: The percentage of women in parliament is the lowest it's been in almost 20 years. There will be 219 female MPs in the new Bundestag — at just under 31 percent, that is a more than 6 percent drop from the previous parliament. 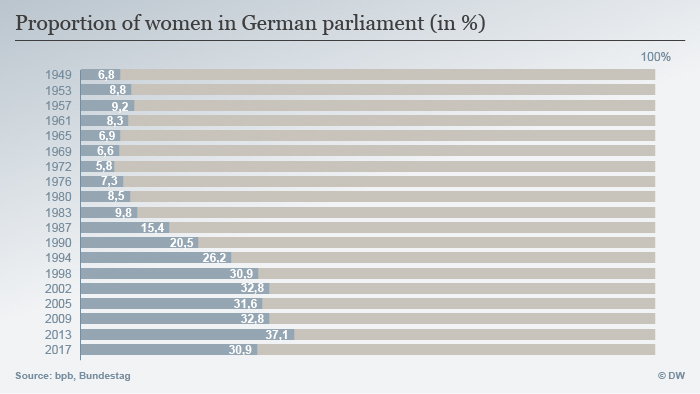 That is still higher than the United States, where women comprise just 19.6 percent of Congress, and Canada (26.8 percent in the House of Commons). However, Germany lags behind the UK (32 percent in its lower house), France (39 percent) and Spain (40 percent).

The arrival of the AfD and the return of the FDP are chiefly responsible for this downturn. The far-right populists have the fewest women of any of the six parliamentary parties – just 10 of their 92 members. In the FDP, 19 of their 80 members are women.

Female representation in all parties has sunk or stagnated, with the exception of the Greens. Chancellor Merkel leads a party dominated by men, all the more so in the new legislative period. Less than 20 percent of CDU members will be women, the second lowest figure overall. The SPD is sending 64 women to the Bundestag out of 153 lawmakers. Women are a majority only in the Left Party and the Greens (53.6 percent and 60.9 percent, respectively).

The parties with the highest female share – the Left, Greens and SPD – all have a binding female quota (40 percent minimum for Social Democrats and 50 percent for the other two). The CDU/CSU, FDP and AfD have no such quota.

In the new Bundestag, at least 58 MPs were either themselves not born as German citizens or have a parent who was not, according to Mediendienst Integration, an immigration information platform. That is 8 percent of the entire parliament, a roughly 2 percent increase over the last one. This is still a lower figure than in the national population, of which more than 22 percent of people are migrants or come from an immigrant background.

The left side of the political spectrum represents the bulk of MPs with immigrant backgrounds: almost 10 percent of SPD members, 15 percent of the Greens and 19 percent of the Left. The share is smallest in the CDU, less than 3 percent, and the FDP at 6.3 percent. 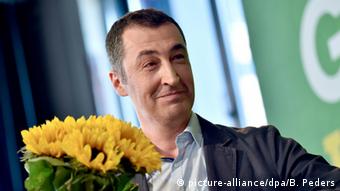 Cem Özdemir is a well-known politician with Turkish roots

In the case of the AfD, eight of its 92 parliamentarians have a non-German background. That includes one member from Italy's South Tirol, two born in Romania, two former asylum seekers from the former Czechoslovakia, two from Kazakhstan and a German with an African-American father.

Most members with non-German roots come from elsewhere in the European Union, according to Mediendienst Integration.

The largest group with a non-EU background is Turkish, the most well-known of them being Greens chair Cem Özdemir and the SPD's Aydan Özoguz. Just one parliamentarian originally comes from Africa: the chemist Karamba Diaby (SPD), who was born in Senegal.

The incoming Bundestag is only slightly younger than the outgoing one, with an average age of just under 50. Slightly over half, 51.5 percent, are in the 45-to-59 age range, a group that constitutes only 28.4 percent of Germany's eligible voting population. It is the 18-to-29 age group that is most significantly underrepresented: Only 13 incoming MPs are under 30.

At 24, the FDP's Roman Müller-Böhm and CDU's Philipp Amthor are the youngest members. On the other end, eight of the 11 members over 70 belong to the AfD (which is also the oldest party overall, with an average age of 51.3). At 77, the AfD's Wilhelm von Gottberg will be the oldest politician in the new Bundestag.

The liberal FDP is the youngest party coming into power, with an average age of 45.5. The Greens are almost as young at 47. The CDU, Left and SPD are each about 50 years old on average.

A majority of the new Bundestag will be the same as the old one: Almost 60 percent of all MPs held onto their seats. The CDU/CSU and SPD, which suffered the worst at the polls in September, have the fewest new members.

Read more: What you need to know about Angela Merkel's next coalition government

Professionally, Bundestag members are more likely to be white collar than blue collar. In all, 130 MPs have PhDs or professor titles to their names, whereas about 30 are tradespeople, according to a German trade newspaper. The number of parliamentarians with an agricultural background matches the population: 1.4 percent (10 members of parliament). Lawyers, economists and political scientists are overrepresented, while more than 30 members have previously worked or been trained as teachers, and at least nine are medical doctors.

Bavaria's CSU was the most right-wing party in parliament until the populist AfD's recent electoral upset. Bavaria's Deggendorf saw the highest results for the AfD outside of eastern Germany. DW went to find out why. (02.10.2017)