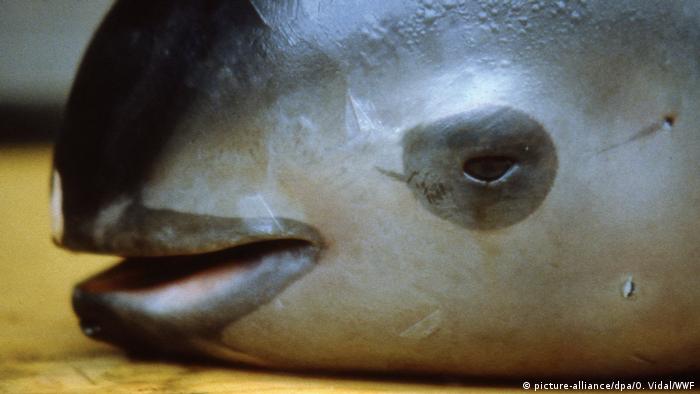 Animal rights organizations have accused the German navy of killing 18 endangered porpoises by exploding British World War II mines in a marine nature preserve in the Fehmarn Belt, a narrow strait between Denmark and Germany.

In a statement released on Saturday, the environmental organization Nature and Biodiversity Conservation Union (NABU) said the Bundesmarine exploded 42 mines during NATO exercises in August, 39 of which were inside a nature preserve.

The group said that 18 dead porpoises were later found, and that the military's failure to consult environmental protection authorities before the exercises amounted to a violation of animal protection laws.

"Each mine tore open a crater five meters (16.4 feet) wide and 1.5 meters deep in a strictly protected area. Everything within a range of 10 to 30 meters (30 to 100 feet) was killed," NABU head Leif Müller said in the statement. "This incident is unacceptable and reveals the navy's ignorance of nature protection laws and inadequate environmental standards, as well as the complete failure of politicians in dealing with the problem of old war munitions."

The government responded to the accusations in an answer to a parliamentary information request by the Green's Steffi Lemke, published earlier this week, by arguing that the old war munitions had to be neutralized during the NATO maneuvers as the presence of the alliance's mine clearance force represented an important opportunity to protect life and limb.

The government said that this case demonstrated a conflict between environmental protection laws and rules to prevent an imminent threat.

NABU was not impressed by this explanation. In its statement, the environmental group said that the location of the mines had been known since 2016, and accused the government of using the NATO maneuvers as an opportunity to get rid of them cheaply without having to consult environmental agencies.

Technology to protect wildlife during the clearing of water mines does exist: pressurized hoses that release air pressure are supposed to create noise that will drive away porpoises and other sea mammals. But a navy spokesman told public broadcaster NDR that installing them in this case would have been dangerous, and that the explosives in question were particularly volatile.

The government argued that the munitions off Germany's coast in the North and Baltic Seas represented a danger to shipping that had to be neutralized. It added that some 600 torpedoes, mines, and depth charges had already been detonated or recovered in marine nature preserves.

NABU has estimated that around 1.6 million tons of conventional munitions and some 300,000 tons of chemical weapons from World War I and World War II are still lying in the sea off the coast of Germany. Roughly 40,000 ships pass through the Fehmarn Belt every year.

Experts in the northern city of Bolzano were able to remove the bomb and carry out a controlled explosion. The incident forced 4,000 people to leave their homes and shut down part of one of Europe's key highways. (20.10.2019)

An area around the European Central Bank has been evacuated so authorities could defuse a 500-kilogram American bomb. Some 16,500 people were told to leave, including residents of a nursing home. (07.07.2019)