An area around the European Central Bank has been evacuated so authorities could defuse a 500-kilogram American bomb. Some 16,500 people were told to leave, including residents of a nursing home. 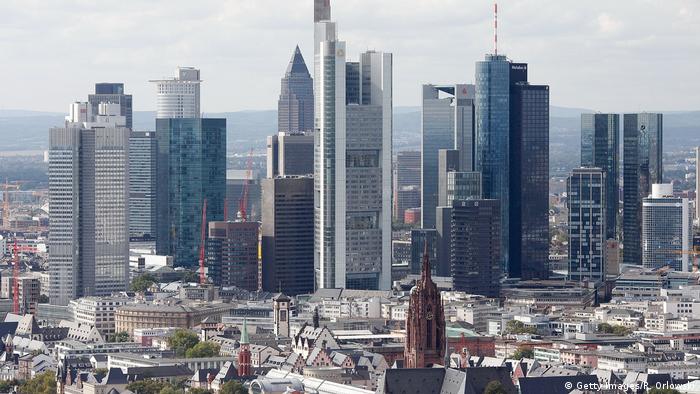 Around 16,500 residents were told to leave their homes by early Sunday morning, while some 25 coma, stroke and dementia patients were transferred from nearby nursing homes and hospitals to other facilities a day earlier.

Authorities created an evacuation zone around the area, which included parts of the European Central Bank (ECB) and much of the city's east end on both sides of the Main River.

Frankfurt Zoo, which lies slightly north of the zone, remained closed on Sunday. The animals were not expected to be moved. The 4,500 residents of Frankfurt Zoo are unaffected by the bomb disposal and staff will remain on site to feed the animals

By early afternoon, authorities had cleared the bomb. "It went smoothly," said a spokesman for the ordnance clearance service.

Frankfurt's fire department is well-versed in bomb disposal operations. In September 2017, 65,000 residents had to be evacuated so that a huge British "blockbuster” bomb weighing 1,600 kilograms could be removed.

Thousands had to be evacuated from their homes after the discovery of a World War II bomb in the western German city of Cologne. Army experts were drafted in to defuse the device. (29.11.2018)

A World War II bomb has been found and defused near the German capital's famous Alexanderplatz. Authorities say they were able to safely destroy the 100-kilogram behemoth's detonator. (15.06.2019)