German military spending gets political | Germany | News and in-depth reporting from Berlin and beyond | DW | 08.08.2017

Will Germany soon dramatically increase its military expenditure? The Christian Democrats support the plan, the Social Democrats think it is absurd. The fight over defense spending has become a campaign issue. 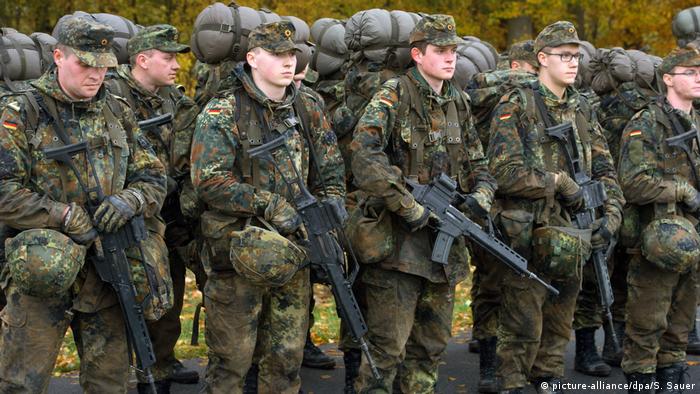 Germany is an economic giant but a military midget. The country's armed forces, the Bundeswehr, have just 178,000 soldiers and a lot of outdated materiel. The Bundeswehr lacks a lot, that is why it receives more money each year - for better equipment and more personnel.

The fact that Defense Minister Ursula von der Leyen, a member of Chancellor Angela Merkel's conservative Christian Democrats (CDU), wants to put an end to the military's budgetary shortfall is something that the CDU's junior governing coalition partners, the center-left Social Democratic Party (SPD), supports. What the SPD does not agree with, however, is the scale with which von der Leyen seeks to increase the defense budget over the coming years - up to 2 percent of gross domestic product (GDP) by 2024.

That is the mark that NATO members agreed to in Wales in 2014, and one that US President Donald Trump reminds Europeans of every chance he gets. But now the SPD is saying: "not with us," calling the plan "crazy." With that, the topic of military expenditures has become a campaign issue. 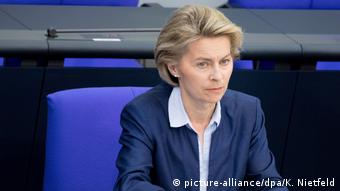 This year Germany will spend 37 billion euros ($43.5 billion) on defense, that is 1.26 percent of GDP. In order to arrive at the 2 percent figure, military expenditures would have to be increased to more than 70 billion euros in 2024 - almost double what they are today.

That kind of hike is something the SPD will not get behind. The party's chancellor candidate, Martin Schulz, called the goal unrealistic and wrong. He pointed out that it would make Germany the biggest military power in Europe by far, something that no one could be in favor of. Foreign Minister Sigmar Gabriel, of the SPD, speaking at a campaign event in Baden-Württemberg, called it "a pretty crazy idea," and made the case for investing more money in education instead. Not long ago, Gabriel joked that he had no idea how many aircraft carriers Germany would have to build in order to spend 70 billion euros.

Von der Leyen has accused the SPD of having abandoned the idea of better equipping the Bundeswehr. She said that the SPD's "totally messed up election campaign" was destroying soldiers' and allies' trust in Germany. The CDU politician, who hopes to remain in her post after September's elections, emphasized that Germany's European neighbors expect it to keep its promises. 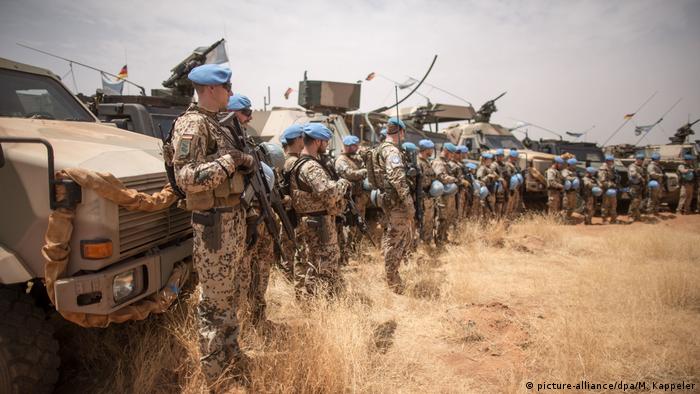 The CDU, along with their Bavarian sister party, the Christian Social Union (CSU), and the SPD also disagree as to whether the NATO resolution is in fact binding: The SPD sees the 2 percent goal as an orientation mark, whereas the CDU views it as an obligation. Those sentiments are mirrored in the election campaigns of both major parties: The CDU/CSU are promising voters that they will "incrementally increase defense spending toward 2 percent of GDP." The SPD, in contrast, is warning against an "clearly defined specification," and rejects what it calls, "completely unnecessary and unrealistic increases" to the defense budget. The party says it is in favor of better equipping the Bundeswehr but not for doubling the defense budget. The SPD would rather invest in crisis prevention and humanitarian aid. 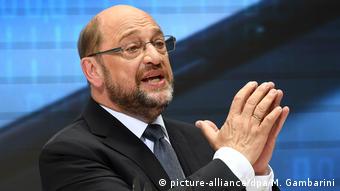 But it isn't just the SPD that is grumbling over the 2 percent mark, the opposition Green and Left parties are also against it. The Greens are fearful of a new arms race and the Left party wants to disband NATO altogether. "In a world that is coming apart at the seams, it is imperative that we disarm," argues Left party co-chairman Bernd Reixinger.

The Free Democratic Party (FDP), which hopes to make its way back into Germany's lower house of parliament, the Bundestag, has said that it is "wholly committed" to NATO and its summit resolutions. The business-friendly liberal party's election platform says that Germany's defense budget must continue to grow until 2024, although it avoids mentioning the 2 percent goal. The right-wing populist Alternative for Germany (AfD) party is calling for "reinstating troop readiness," the return of conscription and the strengthening European influence within NATO, without, however, saying what it would will be willing to spend to do so.

Four weeks before the Bundestag election, Angela Merkel's rival center-left party is seeing a rise in public support. The three leading candidates for chancellor are set to square off on live TV on Sunday evening.