Hajo Seppelt's investigations exposed Russian state-sponsored doping in high-level sports. He will not attend the football World Cup in the country after German security services warned he might not be safe there. 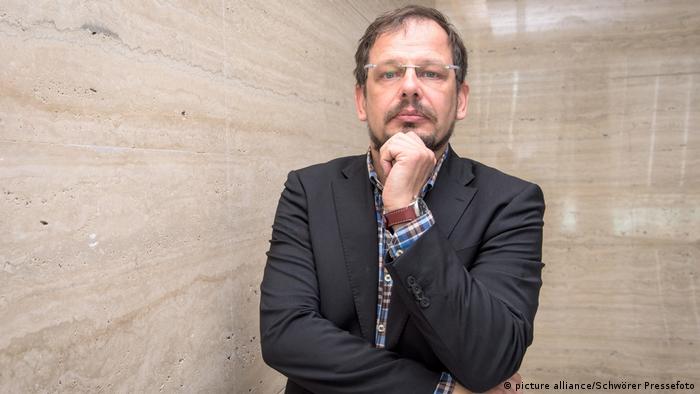 A German sports journalist who uncovered widespread Russian doping will not travel to cover the World Cup there due to risk to his safety, German public broadcaster ARD reported on Wednesday.

There would be an "incalculable risk" to ARD doping expert Hajo Seppelt if he traveled to Russia for the World Cup, according to a joint assessment of the Federal Criminal Police Office, Berlin State Criminal Office and Germany's intelligence service.

The decision not to send the prominent 55-year-old journalist was made after a meeting between ARD representatives, Seppelt, and German Foreign Minister Heiko Maas.

Seppelt and the ARD have repeatedly uncovered and reported on doping scandals, including working with whistleblowers to expose systematic state-sponsored cheating in Russian track and field.

Many Russians view Seppelt as a "public enemy" and he has received numerous threats.

In May, Seppelt was denied a visa to Russia to cover the World Cup because he was considered a "persona non grata" in the country. Russia later reversed its decision under pressure from German Chancellor Angela Merkel and the world football body FIFA.

One of the main reasons arguing against sending Seppelt to the World Cup is an upcoming Russian state investigative committee hearing into Grigory Rodchenkov, ARD reported.

Rodchenkov is the former head of Russia's anti-doping lab, which was suspended in 2015 by World Anti-Doping Agency (WADA) after it launched an investigation following Seppelt's reports.

Rodchenkov was involved in the Russian doping scandal but fled to the United States in 2016, becoming a key witness in revealing state-sponsored doping. He is now under the FBI's witness protection program.

Two former high-level officials at the Russian Anti-Doping Agency, Nikita Kamaev and Vyacheslav Sinev, died within weeks of each other in February 2016.

In light of Russian investigations into Rodchenkov, German authorities found that there was risk of "legal escalation" against Seppelt, including arrest, if he does not cooperate with the Russian committee.

In addition, "spontaneous acts of violence (against Seppelt) by self-motivated actors" cannot be ruled out, German security bodies concluded.

Seppelt told German television program Magazin Kontraste on Wednesday that his case should highlight the danger faced by Russian journalists.

"What does that say about sports journalism when things have already come this far, and what does it say about what happens to people who live as journalists in Russia," Seppelt said.

Russia's hosting of the World Cup has been controversial, not least because of the state of media freedom in the country.

How clean is Russian football?

Weeks before the World Cup, some open questions still remain regarding the host nation's team. Was there systematic doping in Russian football? Some indications suggest as much, but nothing's proven as yet. (24.05.2018)

FIFA: No past doping offences among Russia World Cup squad

FIFA has found "insufficient evidence" of past doping infringements among Russia's provisional squad for the World Cup. Past investigations into Russian doping had highlighted football as one sport affected. (22.05.2018)

They enter the World Cup with low expectations and a low FIFA ranking, but Russia's players are determined to prove their critics wrong. The hosts' opener could prove critical to their hopes of making World Cup history. (12.06.2018)