Germany's interior minister has said in an interview that he can't "trust" populists like Italian counterpart Matteo Salvini. He also said that he would retire from politics at the next election, like Chancellor Merkel. 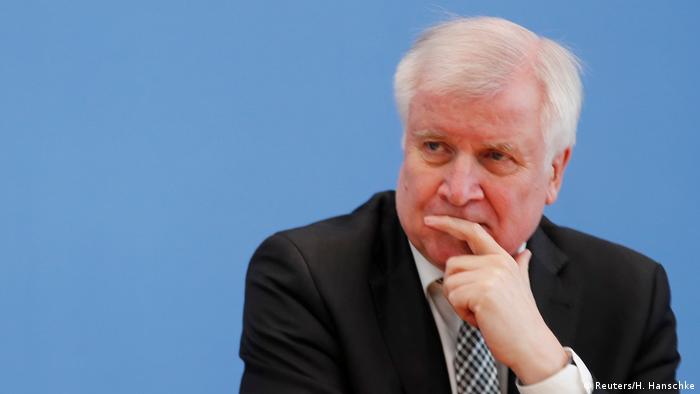 German Interior Minister Horst Seehofer, who made headlines last June over his intense disagreements with Chancellor Angela Merkel on immigration, said in an interview on Thursday that he will end his political career in 2021 after the next federal election.

"In total, I'll have been in politics for 50 years. At the end of this legislative period, it will really have been enough," he told German news agency dpa.

Seehofer is the former leader of the Christian Social Union (CSU), the Bavarian sister party of Chancellor Angela Merkel's Christian Democratic Union (CDU). He had led the CSU for more than ten years and been the state premier of Bavaria, before being appointed to serve as interior minister in the federal government last year. He had only just taken up the post when he got in a well-publicized spat with Merkel over his desire for stricter migration controls.

In the interview, Seehofer was asked about the setbacks suffered by the CDU and its coalition partner, the Social Democrats (SPD), during last weekend's European Parliament elections. The CDU still came in first in Germany, but both parties scored post-war record low support at just 28.9% for the CDU/CSU and 15.8% for the SPD.

After the strong showing by Germany's Green party in the vote, Seehofer was eager to highlight environmental policy.

"We have to take care of ecological issues. I have already done that as state premier of Bavaria…against much resistance," the interior minister said.

The interviewer then asked, presumably with tongue in cheek, as Seehofer is known for being a fastidious conservative: "So you're the old hippie nobody wanted to listen to?"

"I have always looked at the social and the ecological," Seehofer said. "In Bavaria I wanted to declare a third national park along the Danube. Environmental protection must be a core value of any modern people's party."

Ahead of the election, the CDU was heavily criticized by German YouTubers for its climate inaction.

Despite his desire for easier routes to deporting some failed asylum-seekers (and his partial success implementing new rules), the CSU politician distanced himself from the populist parties across Europe that espouse similar views, and which also made gains in the European elections.

In that vein, Seehofer was asked about his cooperation with Italian Interior Minister Matteo Salvini, who belongs to the far-right League party.

"After Salvini met with the AfD and Marine Le Pen," he responded, referencing the right-wing Alternative for Germany (AfD) party and the leader of France's populist National Rally (RN), "political agreements with him were no longer possible for me. At least not beyond what is normal cooperation between countries. A basis for trust is hardly possible."

Seehofer also bemoaned the lack of cooperation in immigration matters across Europe, saying that when migrants are found in boats off the coast of Italy, the authorities call him and ask him to take the refugees because no one else will answer the call.

Germany's Interior Ministry and Justice Ministry have reportedly agreed on a proposal to expatriate IS fighters. Interior Minister Horst Seehofer had tried to link the legislation with broader citizenship reform. (04.03.2019)