It's the first time since the 2008 global financial crash that inflation in Germany has reached such levels. The coronavirus pandemic is not the only factor driving the surge. 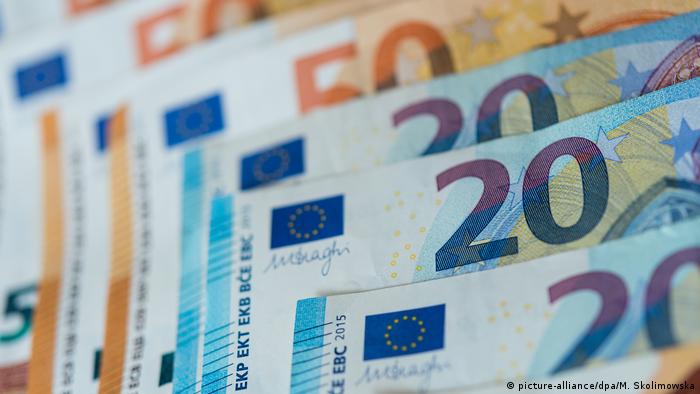 Inflation in Germany surged to 3.8% in July, compared to the same time last year, according to the country's Federal Statistical Office on Thursday.

This was the first time since August 2008 that the annual inflation rate in Europe's largest economy rose to above 3%.

On a month-on-month basis, prices rose by 0.9% from June to July.

Destatis, the German name for the statistics institute, calculated the number based on a preliminary calculation.

Destatis said one factor was a six-month sales tax cut in 2020 that showed up in the data for the first time.

Amid falling consumer demand during the coronavirus pandemic, the government cut its VAT rates to 16% and 5% in the second half of 2020, from previously 19% and 7%.

The previous rates were restored at the beginning of the year as businesses reopened.

Another factor is energy prices. These have been rising faster than the general average for months now. In addition, consumers burning fossil fuels have had to pay €25 ($29.70) per ton of CO2 emitted since January.

How the pandemic affected the economy

What's the impact of inflation?

According to the International Monetary Fund, inflation measures how much more expensive a set of goods and services has become over a certain period, usually a year.

For households, it can lead to lower purchasing power, if wages do not also increase.

Germany is traditionally wary of inflation for historical reasons. Extreme hyperinflation in the early 1920s devastated the economy. It fuelled political instability in the fledgling Weimar Republic that preceded Nazi rule.

What's next for Germany's economy?

The European Central Bank (ECB) recently raised its inflation target to 2%. It said it would tolerate temporary over- or undershooting of the target before stepping in.

The Frankfurt-based institution views recent price surges as transitory and part of the economic recovery from the pandemic.

Nevertheless, soaring German inflation will likely fan debate about when the ECB should start removing some of the vast economic stimulus that it is pumping into the eurozone to fuel the recovery.

Many analysts expect inflation to climb higher still in the months ahead.