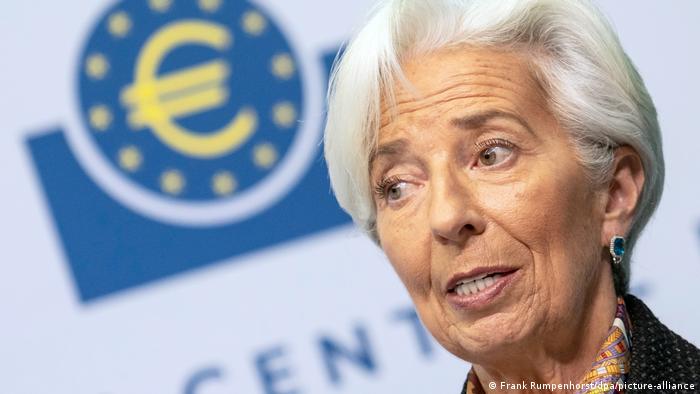 Any moves to reduce the European Central Bank's emergency coronavirus stimulus would be "premature," Lagarde says

European Central Bank chief Christine Lagarde on Thursday said the bloc's economy was still "on crutches" and in need of support from both the central bank and government spending as the eurozone undergoes extended coronavirus lockdowns.

Lagarde said while the bank sees an eventual rebound this year, any steps to phase out its anti-pandemic emergency monetary plan would be "premature."

It is "premature to talk about phasing out PEPP [Pandemic Emergency Purchase Program]," she said during a news conference. According to Lagarde, leaving the PEPP depended on various factors including financing conditions and the inflation outlook.

"We still have a long way to go before we cross the bridge of the pandemic," Lagarde said. "I have referred to the economy as being on crutches, one fiscal crutch and one monetary crutch." She added that the bloc wasn't ready to stand on its own.

Bond-buying to continue as states overspend

It made no changes to its €1.85 trillion ($2.22 trillion) bond purchase stimulus it says will last at least through March 2022, effectively underwriting government borrowing. Just under half remains to be used in the next months.

Lagarde reiterated that increased inflation this year would not prompt the ECB to tighten policy, adding that the increase was due to "idiosyncratic and temporary factors" and that underlying inflationary pressures "remain subdued."

The ECB is prepared to "adjust all its instruments" when needed, she said.

While the ECB 25-member governing council is encouraged by continued rollout of vaccine programs, "we still have this overall environment of uncertainty'' about when infection numbers and restrictions on business activities and travel will ease, Lagarde said.

"This would allow the next generation EU program to contribute to a faster, stronger and more uniform recovery," Lagarde said.

The fund would offer loans and outright grants to EU countries hit hardest by the pandemic.

On Wednesday, Germany's Constitutional Court gave the green light to approve legislation ratifying the fund, dismissing an injunction that was blocking the investment plan. The decision paves the way for its ratification in Germany.

Only 17 out of 27 EU members have ratified it to date however.

The eurozone economy shrank by 6.6% last year, more than at the peak of the financial crisis. Economists estimate that output is not expected to recover to pre-pandemic levels until mid-2022.

COVID-19 Special: How the coronavirus affects the poor