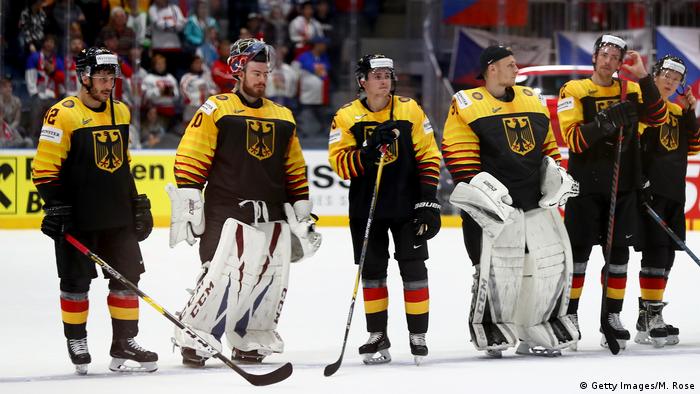 Having beaten one of the traditional ice hockey powers in the form of Finland in their final group-stage game at this year's IIHF Ice Hockey World Championship, Germany rightly hoped for much more ahead of Thursday's quarterfinal match against another top-six team, the Czech Republic.

After all, wasn't it just 15 months ago that the Germans stunned the hockey world by getting to the gold-medal game in the Winter Olympics in Pyeongchang?

"The Czechs were the team that we all hoped for (in the quarterfinals)," said Dominik Kahun, who was coming off of his rookie season with the Chicago Black Hawks. "This is an opponent we can beat."

Through two periods, Kahun and Germany's hope, or even confidence, that they could get past the Czech Republic and reach their first World Championship semifinal since 2010 looked more than justified.

However, Germany's first bona fide NHL star Leon Draisaitl, who had a golden opportunity to take the lead on a breakaway in the first, coughed up the puck in the second, allowing the Czechs to take the lead. Still, the Germans, who have proven more than once that they are now capable of coming back from a deficit, capitalized on a mistake by the Czech goalie to even the score just four minutes later.

The Czechs, though, took control in the third, striking first on a counterattack to take the advantage – then converting another. As if to emphasize that all luck had deserted Germany on the night, the Czechs converted another two goals to make it 5-1. It was a scoreline that by no means reflected the actual game, as Germany's new head coachToni Söderholm noted.

'All according to plan'

"Through 40 minutes things were going according to our game plan, and we created some good goal-scoring chances. After that, we were a bit unlucky, and a good opponent will take advantage of this," Söderholm said.

While Germany's relatively inexperienced Finnish coach and his players were understandably disappointed by what now may seem like an early exit, there are a number of positives to be taken from how the Eishockeynationalmannschaft fared in Slovakia. 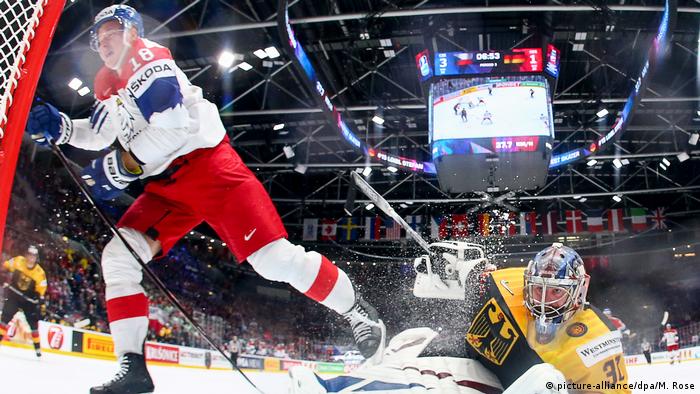 Philipp Grubauer (right) was helpless after the puck took a crazy bounce off the boards.

First, based on Germany's history at the worlds, this was actually no early exit. Eighth-ranked Germany finished sixth at this tournament, their highest placing since they reached the semifinals on home soil in 2010.
Another positive is the fact that by getting to the quarterfinals in Slovakia, they have already qualified for the 2022 Winter Olympics in Beijing. This is significant for a country that failed to make it to the Olympics not so long ago.

Perhaps most impressive, though, is the fact that the Germans actually believed they could beat the Czechs, a team they have a terrible record against and haven't beaten in 25 years.

"The fact that all of us are so disappointed, shows how close we were," said captain Moritz Müller of a team that prior to the Marco Sturm era would have been happy just to have reached the quarterfinals.

"We've proven that we are a top-eight nation. And our aim now must be to beat the big teams," he added.
This newfound self-confidence was on display throughout the tournament – apart from Germany's 8-1 drubbing against Canada. To their credit, the Germans bounced back from that debacle with a credible performance against the United States, another one of the traditional hockey powers. 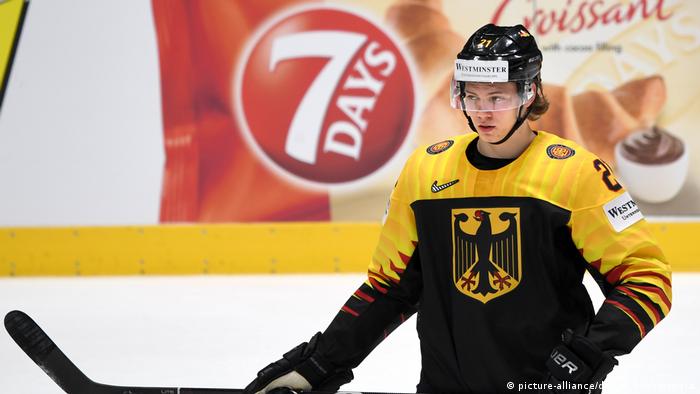 Early on in the tournament, German Ice Hockey Association (DEB) President Franz Reindl even noted that the atmosphere around the team "reminds me of Pyeongchang".

But Reindl and the DEB have long been looking far beyond this tournament. After he took office in 2014, the DEB launched "Powerplay 2026", a program meant to broaden ice hockey's base in Germany and improve the development of youth players. The aim is to get German ice hockey to the point where the national team will be capable of credibly challenging for medals at the worlds on a consistent basis.

One player who could be part of reaching that goal is 18-year-old Moritz Seider, a defenseman just coming off his first full professional season with Adler Mannheim, with whom he won the DEL championship, Germany's top hockey. Seider was one of Germany's bright lights in Slovakia and is widely expected to go in the first round of the NHL draft next month.

And while it may be too early to pronounce Powerplay 2026 a success, what looked a far-fetched goal prior to February of last year now looks a bit more realistic – even after losing 5-1 in a World Championship quarterfinal.