Immigrants with limited German are among those most at risk of facing life on the street. Now, a new site offers information in multiple languages so people of all backgrounds can know their rights and recourses. 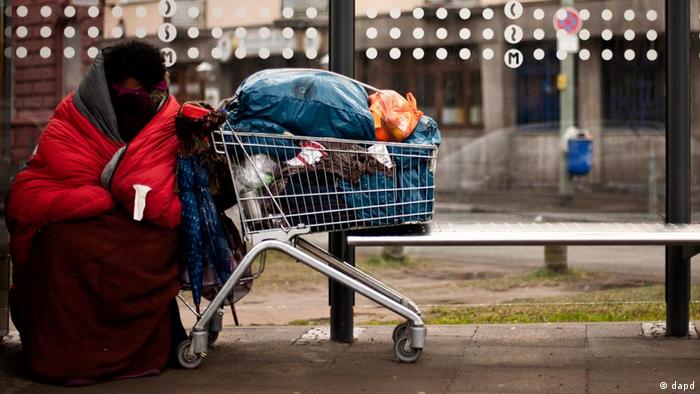 Werena Rosenke receives a lot of phone calls. "They're people who need acute help. They tell me how they're getting kicked out of their apartment the day after tomorrow, and they don't know what to do," she says. Rosenke is the director of a national housing assistance nonprofit (BAG W). It coordinates social services and shelters, and though it does not directly offer assistance, the calls for help keep on coming.

"Most people just don't know who to turn to when they're in trouble," she said. That's why her organization commissioned the website, woundwie.de, with the aim of offering help in just a few clicks to those at risk of losing their home or already on the street. It offers information from sourcing medical care to where to find shelters for the day or night, and other living assistance.

"Sure, there are people who find their way to a help center. But often it's too late. When it's urgent, what's important is that they find help quickly," Rosenke said. For example, if rent goes unpaid for two months, the building management can begin the eviction procedure. However, many do not know that there is help available. They can receive financial assistance from the municipality, for example. "You have to know that in the first place," the BAG W director said. Language can be a barrier, she said. Many municipal websites can be complicated, with information hidden behind a lot of clicks and offered only in German. Woundwie.de is so far available in German and English, with more languages to come "when there's money for it," she said.

The site is simple, requiring just four fields be filled out: location, postal code, gender and type of help needed. Results are shown in a dropdown list, complete with organization names, addresses, phone numbers, e-mail addresses. The most important information is provided in simple language, and the route to an organization's location is presented on an interactive map. 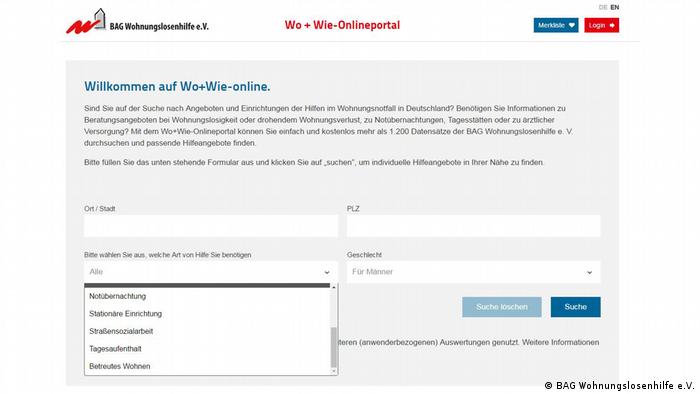 "A web-based view is important," Rosenke said, because it can be difficult finding the brick-and-mortar help, especially for those in desperate situations. However, those in need can also turn to their municipalities or a religious organization, she added, which can often offer most of the relevant information regarding emergency shelters.

Germany's next government is promising to end homelessness by 2030. First, however, it has to get a handle on how big the problem exactly is — something advocates already know all too well.

Rising homelessness is a worldwide problem that has been exacerbated by the pandemic. How are cities and architects dealing with the crisis?

Following the recent brutal attack on Salman Rushdie, famous writers have been reading passages from his works. Here's a look at how 1988's "The Satanic Verses" struggled to be published in German.