Peng!'s "Haunted Landlord" project has taken to trolling rogue landlords with phone calls, relaying accounts of tenants past. Many were evicted as landlords sought profit, all while Germany's housing crisis worsens. 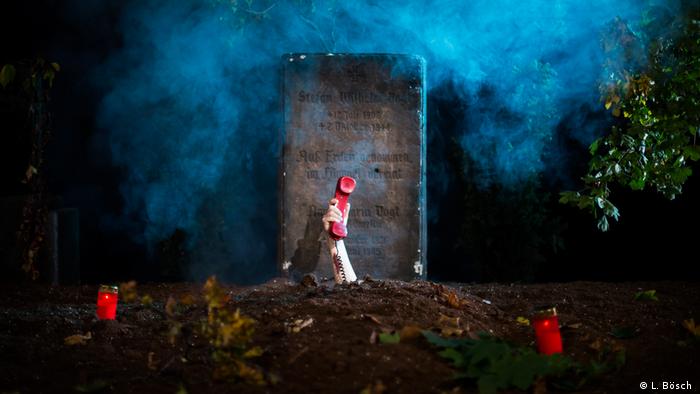 Launched on Monday by the Berlin artist collective "Peng!" the project is seeking revenge on unscrupulous landlords who evicted people from their homes in the German cities of Berlin, Leipzig and Frankfurt by various means of pressure and harassment.

Spontaneous visits by the landlord, threats, shut-down water and heating, the removal of showers and toilets, lightbulbs unscrewed in the stairwell, and CCTV installation: These are just some of the methods reportedly used by landlords in the 38 statements collected in recent weeks by "Peng!"

In one case, the landlord personally pushed the eviction notices through tenants' letter boxes on Christmas Eve. And tenants at a property in Leipzig reported receiving phone calls at ungodly hours.

Evicting tenants in order to rent or sell property for a higher price is becoming lucrative business, particularly in the German capital where much sought-after neighborhoods such as Prenzlauerberg, Kreuzberg and Friedrichshain have have been transformed after years of gentrification.

For the rest of this week, programmed robocalls are targeting the private and business telephone numbers of landlords and property owners some 20 times a day. Each call, recorded by actors, recounts an experience by an unduly evicted tenant.

"I hope you have a guilty conscience that you used your parents to take back the apartment for personal needs,” a voice says at the other end of the line. "You lied to us and put us under pressure to chase us out of the apartment. We saw it to rent online a few months later. The price had more than doubled!"

Another former tenant recalls: "You didn’t buy any heating oil and went on holiday. You left your tenants without heating for seven weeks during the winter."

85 percent of Germans in rental market

"Many of these stories go unnoticed. Those responsible can look the other way and get rich, while those who are evicted are left alone with their anger and the housing shortage," Peng! spokeswoman Nora Moll told DW.

On the Haunted Landlord project's website, the collective has invited those with such stories to come forward and share them.

The artist collective says it also aims to contribute to the urban political debate over housing in Germany, where renting tenants make up a staggering 85 percent of the population — more than any other country in the European Union. 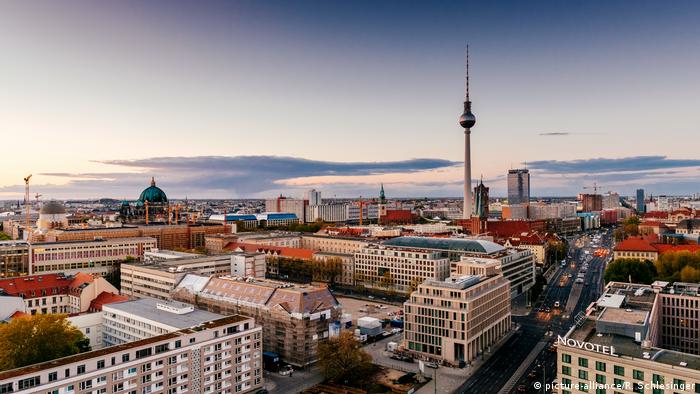 Germany is currently gripped by an ever-worsening housing crisis. The Federal Homelessness Association forecasted earlier in November that 1.2 million people could be living in shelters by 2018.

Read more: Number of people without a permanent abode in Germany rises dramatically

"The main cause of housing shortages and homelessness is a housing policy that has failed in Germany for decades, as well as insufficient efforts to fight poverty," said Thomas Specht, director of the association.

In 2015, in a bid to slow the pace of rising rental prices, the German government introduced a so-called "rent brake" ("Mietpreisbremse"). The measure aimed to prevent landlords from increasing rents to new tenants by more than 10 percent of a local benchmark rent.

Two years on, however, and the efficacy of the rental break is still being questioned by critics. Among them is Johannes Fechner, a Social Democratic (SPD) representative in the German national parliament. 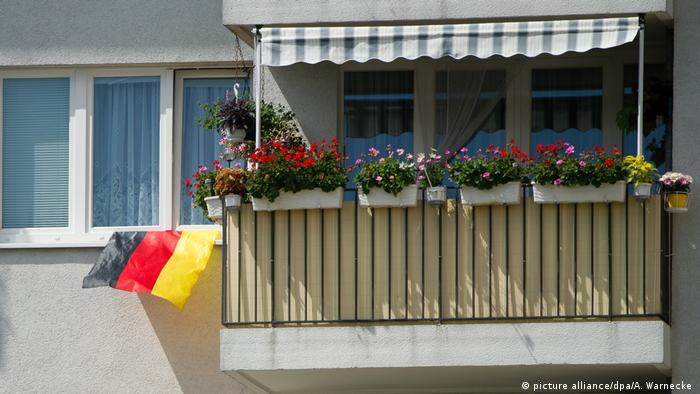 At 85 percent, more people rent property in Germany than in any other EU country

With a "grand coalition" between Chancellor Angela Merkel's conservative Union party and the SPD suddenly an option for Germany's next government, housing policy could be a point of discussion for the potential future coalition partners. Fechner said more housing and a widening of the rental brake will be key in the next legislative period to tackle the housing shortage and rising rents.

"The rules of the rent brake also need to be tightened to include limits on the extent to which landlords can increase rents after renovating property," Fechner told DW.

According to German property research group F+B, new rents in Germany have increased by almost 17 percent over the past 10 years, but Berlin has been particularly hard hit. The German capital’s 2017 Rent Index shows that the average net cold rent — the rental price without utility costs for things like heat and water — is increasing by 4.6 percent per year. The average square meter price now stands at €6.39 ($7.59).

Peng! activist Moll said housing risks becoming a commodity in Germany due to to a dearth of properties and increasing rents spurred on by gentrification.

"As long as the housing issue is left to the 'free market,' rent and eviction will remain the norm and a common means of maximizing profits," she said.

"We need a housing and city policy that sanctions repression, making it unprofitable rather than rewarding it."

A combination of low interest rates and banks hunting for yields could fuel a dangerous real estate bubble, a senior member of the German central bank has warned, urging banks and financial supervisors to be alert. (04.05.2017)