A combination of low interest rates and banks hunting for yields could fuel a dangerous real estate bubble, a senior member of the German central bank has warned, urging banks and financial supervisors to be alert. 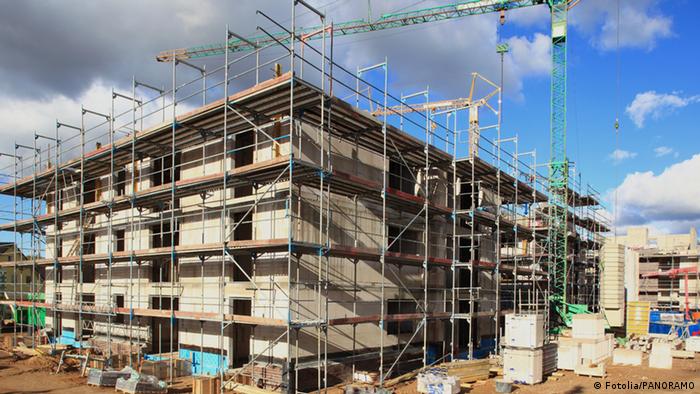 Due to mortgage interest rates of well below two percent, Germany has been experiencing a rapid transition towards home ownership in recent years, now creating fears familiar in many other property markets. Housing prices, which were relatively cheap compared with other European countries in the past, have risen sharply.

Real estate prices in cities like Berlin, Hamburg, Munich and Frankfurt have increased by more than 60 percent since 2010, according to recent estimates by the German central bank, the Bundesbank.

"The good news is that there is currently no real estate bubble that threatens financial stability in Germany. But the traffic light is clearly on yellow," Dombret told a conference in Frankfurt.

Some early warning indicators such as credit volumes and easing credit standards pointed to banks willing to take on more risk, he added. "The mixture of booming real estate market and low interest rates can become a dangerous cocktail for the banking and savings bank sector."

For many well-off Germans with permanent jobs renting no longer makes sense. Commerzbank, the country's second-largest lender, offers a mortgage with an ultra-cheap fixed rate of just 0.94 percent for a 10-year loan.

At the same time as declining borrowing costs, low interest rates are destroying many Germans' hopes of a decent return on their savings. As a result, savers are increasingly investing in property - dubbed "Betongold," or concrete gold. They have been joined by international investors desperate to make a return in an era where the safest assets, like high-grade government bonds, are yielding negative interest rates.

In view of such developments, Dombret also urged commercial banks and their supervisors to do everything to find out how big the risks were and help to prevent the build-up of a market bubble as early as possible.