Germans torn between saving and investing | Business | Economy and finance news from a German perspective | DW | 14.02.2017

New statistical figures suggest many Germans are still wary about buying shares. And this despite an environment where saving money doesn't seem to make much sense because of continuously low interest rates. 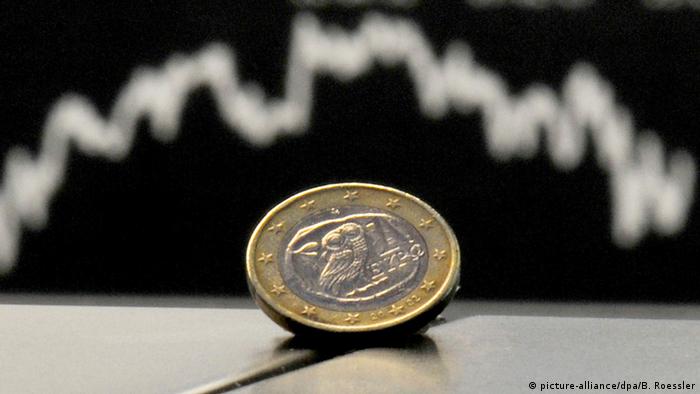 Germans have the reputation of being good at saving money. On average, they put aside one in every 10 euros earned.

But what they get out of it is often negligible, especially now that interest rates are at a record low, making it rather hard for savers to secure decent yields on their capital.

The alternative would be to invest more in companies' shares, which of course involves a higher risk, but also the prospect of being rewarded properly.

But according to fresh figures from a German institute representing the interests of publicly traded companies and investors (Deutsches Aktieninstitut, DAI), only about one in seven Germans over 14 years old possessed shares or was invested in equity funds in 2016, signaling year-on-year stagnation.

"Large parts of the population haven't yet realized the negative impact of low interest rates on their savings," DAI chief Christine Bortenlänger said in a statement.

But that's far from being enough, says the latest Global Wealth Report by Allianz which comes to the conclusion that Germans "squandered away or lost some 200 billion euros ($212 billion) over the past four years by not buying shares or investing in equity funds.

"If you take a closer look at things, saving money boils down to parking money and has nothing to do with decent investment strategies," Allianz chief Oliver Bäte concluded.

But the odds are that Germans will remain cautious in the years to come. Many may still complain about the money they lost when the euro was introduced at the beginning of the century and are mindful of wage stagnation in the past decade. Others recall how their purchase of Deutsche Telekom shares (once billed as "the people's share") ended in disaster. And so, the "once-bitten-twice-shy" mentality lingers on.