The myth of the thrifty German saver | Business | Economy and finance news from a German perspective | DW | 04.02.2015

The myth of the thrifty German saver

Germans used to be known as prolific savers, but are now splurging their money like never before. Their propensity to save has rapidly declined amid growing confidence about leading the good life in future, too. 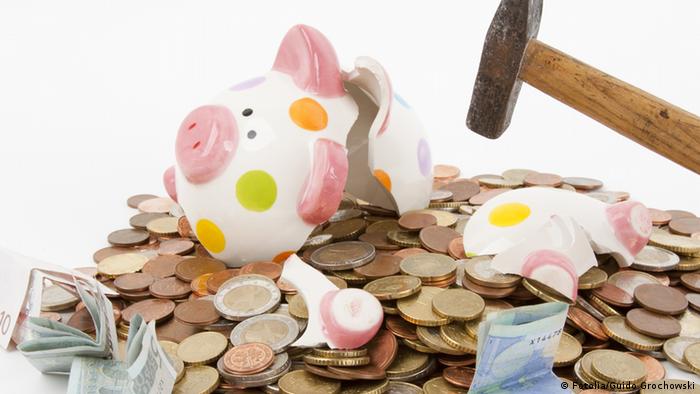 People in Germany are sensible when it comes to spending their money. They shop at discount stores and pay attention to prices. They think twice about spending each euro, and put money aside for a rainy day. In 2010, for instance, Germans saved about 15 percent of their income. In terms of savings rate, only the Chinese performed better.

But the trend has been changing, with Germans increasing their consumption in recent times.

The buying mood of German consumers is at a 13-year high, revealed the German Society for Consumer Research (GfK), the country's largest market research institute. In other words: The propensity to save has not been this low for a long time. The savings rate has dropped to around nine percent. 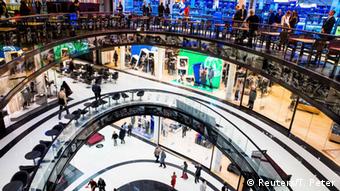 The buying mood of German consumers is at a 13-year high, says GfK

An increased sense of security has contributed to this development, say experts. "Consumers are feeling very safe at the moment, particularly when it comes to their jobs," stressed Rolf Bürkl, market researcher at GfK. Less fear of the future raises consumer confidence.

There is also another reason behind Germans' decreasing interest in saving. "We currently have a central bank that is running a zero interest rate policy. This means savings are hardly bearing any interest," underlines Jan Philip Weber, economist at the National Association of German Cooperative Banks (BVR).

The European Central Bank's (ECB) base rate has remained at 0.05 percent, and it is likely to remain low for a long time. With this policy, the ECB is looking to decrease the cost of credit and revive the moribund eurozone economy. But the policy has so far failed to produce the intended results - due to a lack of demand for credit.

The ECB's move, however, has triggered a stock market boom. But Germans hardly benefit from this development, since most people in Germany, due to a certain risk aversion, avoid investing in stocks. Only six percent of Germans enrich their retirement savings by investing in shares, despite their proving to be the most profitable asset class, noted analyst Bürkl.

But Germans prefer buying property or a new car rather than purchasing shares. The willingness to buy something has climbed to an eight-year high. "An increase in consumption also helps other countries affected by the economic crisis, as it boosts German imports of goods from other nations," researcher Bürkl told DW. More exports from other countries will also reduce Germany's huge trade surplus, for which the country is regularly criticized by its trade partners. 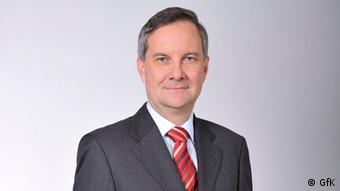 Nevertheless, consumption remains a double-edged sword as demographic developments in Germany will continue to put pressure on the country's savings rate.

"The rising share of retirees in the population will increasingly have a dampening effect on German savings," Weber said, adding that his organization projects the savings rate to sink to seven percent from 2020.

As an aging society leads to a decline in the level of pensions, Germans will have to put more money aside for retirement in order to avoid old-age poverty, noted Bürkl. He suggested that a savings rate of ten percent is needed in the country.

European consumers to spend more in 2015

Europeans, including Germans, look set to spend more money throughout the current year, a fresh study by a market research group has shown. But retailers are unlikely to profit from the development. (04.02.2015)

For the first time in five years, Germans have had to pay less for goods and services as continuously low oil prices keep weighing on pricing policies. But experts said deflationary worries were exaggerated. (29.01.2015)

The German economy weathered geopolitical crises and meager global growth last year, boosting its output for the third consecutive year. According to new figures, the country's public finances are also on solid ground. (15.01.2015)