Berlin 24/7: Germany's capital is growing at an alarming speed 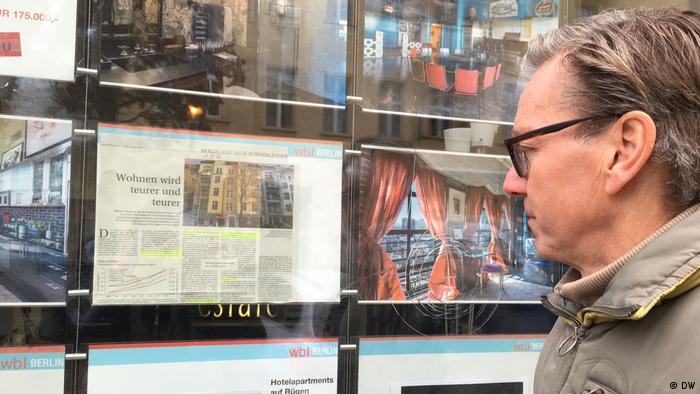 Big. Bigger. Berlin. The city continues to grow and grow… and grow. But before you break out the champagne and start the party - sorry, dear Berliners, that is not a reason to celebrate! There's a huge question mark hovering above it all. Is the city surpassing itself, or is Berlin proudly marching into the abyss? Is the city's wild sprawl pushing it into irrevocable chaos because the already existing mountain of problems is also on the rise while solutions are stagnant? Or are we headed toward a happy end, a golden future as a much-admired culture hub and global metropolis, to say the least?

A recent growth forecast by the Cologne Institute for Economic Research (IW) has fueled the debate about Berlin's future. At present, Berlin has a population of 3.5 million people; by 2035, four million people will live in Berlin, according to the IW. The Berlin Senate believes the city will grow at an even faster pace, reaching the four million mark in 2025 - in less than eight years.

It's mainly people from other countries who flock to Berlin - seeking an education and jobs. Among them are not only refugees from the Middle East, but young men and women from struggling EU member states like Spain, Italy, Greece and Portugal - and in the wake of the Brexit vote, an increasing number of British citizens.

A mountain of problems 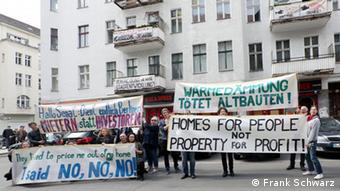 Too high rents, too few apartments: Protests in Berlin

They are welcome, but even from a distance, a mountain of problems beckons that has been around for a long time. At the very top: the housing shortage. Over the past five years, five times more people moved to Berlin than housing was built. Experts say there is a current shortage of 125,000 housing units. The city's new government has promised to build 55,000 state-owned apartments by 2021. That's not even a drop in the bucket.

It's obvious, but not a single politician has said it out loud: Berlin is in a state of emergency and lacks even the basics. Apart from housing, that would be schools, teachers, spots in kindergartens, public transportation, administration - and politicians with a strategy.

They all make a point of looking the other way as far as Berlin's growth, which borders so close on a crisis, is concerned. At the same time, other issues are also on the rise, including crime, violence, unsafe neighborhoods, constructions sites, traffic, traffic deaths, more homeless people, more social welfare recipients and higher rents. There are also more patients, retirees, children in nursery school and students. And Berlin kids haven't done as well as in math as children elsewhere in Germany. 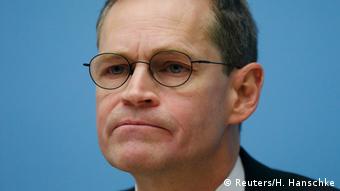 As Berlin grows, so do the challenges for mayor Michael Müller

A strategy? No way! One core section within the Berlin political field can boast a steep upward curve, however - and no, it's not a learning curve, but more of a learning-avoidance curve. Some would call it incompetence.

The Berlin education senator recently told Berlin radio that the city urgently needs to build 30 new schools. Planning to final construction takes all of nine years in Berlin, while at the same time millions of euros earmarked for the renovation and construction of schools lie dormant.

That said, the new Senate, a coalition of the Social Democrats, Left party and Greens, has taken care of its own, creating 25 lucrative state secretary jobs. That's a self-service record not just in Berlin, but in all of Germany.

Thrive and prosper - the two concepts once belonged together in the interest of the common good. It seems Berlin has revoked that principle.