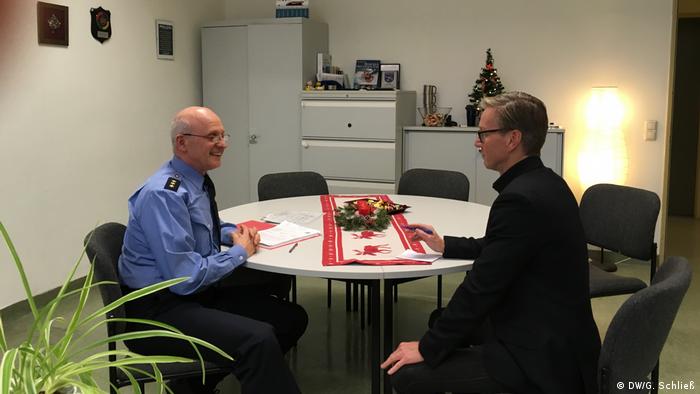 "Lawless sectors in Berlin?" was a recent headline in the Berliner Zeitung newspaper. Even the New York Times picked up the story.

I'm familiar with such reports from Chicago, where bloody violence is a daily fact in some neighborhoods. But how safe am I in Berlin - and do we really have "no go areas?"

On a rainy afternoon, I ride my bike to the Soldiner neighborhood in Berlin's Wedding district. Here, according to media reports, the DHL postal service refuses to deliver packages following attacks on its drivers. There have also been skirmishes between the police and residents.

In one instance, a throng of people yelling "Get out of here, this is our street!" formed around police officers interrogating an 11-year-old boy - a known multiple offender. I saw it happen on a cell phone video filmed by one of the boy's supporters. You could feel the aggression and the lack of respect for the police.

"The police have encountered opposition in the Soldiner neighborhood in three or four instances," local police chief Uwe Heller told me when I visited him in his office.

He wouldn't call it a "no-go area" but a hotspot that calls for "special police attention." Heller's officers patrol the area - but make sure that backups can be on the spot in no time.

It sounds too reassuring. I detect a silent solidarity with the neighborhood that clouds his perception of reality. 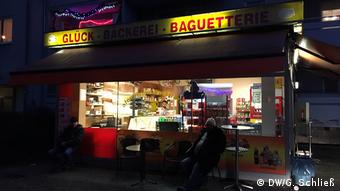 As I continue my bike ride down Soldiner Street with its run-down grey facades, darkness begins to fall, and I find myself looking over my shoulder more often than usual. I approach a young man in a bakery. Holding his young daughter by the hand, he calls the mood in the neighborhood precarious and aggressive - and that, he says, is due to the circumstances of many of the locals. He's right: statistics show that this neighborhood has more unemployment and people on welfare than other Berlin districts.

Not to mention the raids. There's a police raid at least once a week, the young father tells me, adding that, all the same, he doesn't feel it's an insecure or even a "no-go" area.

Everyone knows drug dealers are out on this street, he concedes. But as long as he doesn't cross them, he's safe: "I know people here who would protect me in an emergency." He never mentions his name.

I certainly don't share his safety concept. I live in the Prenzlauer Berg district, don't know any drug dealers or wonder about who could protect me if the need arose.

Yousef Ayoub, who also lives in the Soldiner neighborhood, remembers when this really was a no-go area, with police patroling in full gear in personnel carriers. "It's a shame that recent headlines have conjured up the old images," the 32-year-old kindergarten teacher said. The media have exaggerated some points, he adds, calling this actually a normal neighborhood. A nice guy, but I think he's candy-coating the issues. 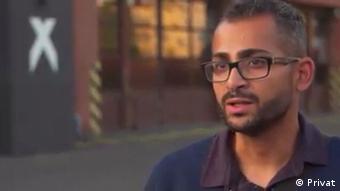 Yousef Ayoub's approach to the problem is successful

To build confidence and trust in the area, Ayoub founded a neighborhood network with almost 20 groups, from youth clubs to soccer teams. The police regularly play soccer with the teenagers or bake cookies with them at the local police station. This year the federal government awarded Ayoub's initiative a prize for upholding "democracy and tolerance." I'm happy for this idealistic man; his commitment seems successful.

There is one urgent problem, however, that even he can't solve - the dramatically high crime rate. "There are up to 70 burglaries every day in this area alone, which is a lot," said Ilmer Akil, the owner of the Speed Lock and Key Service on Soldiner Street. Teenagers regularly try to sell him stolen goods, he adds.

A trouble hotspot with a rising crime rate, that's what local police chief Heller called it. He could have added that it's a neglected hotspot. The situation is alarming, and Berlin politicians should no longer turn a blind eye: they must take care of the people who live here, create jobs and ensure safety.

Inactivity is an absolute no-go!

With over 100 Christmas markets in Berlin, our columnist Gero Schließ took it upon himself to visit some - and discovered something new in the process. (05.12.2016)

Berlin 24/7: The German Press Ball in the age of populism