The gap between rich and poor in the European housing market is widening as the number of homeless people on the continent grows, according to a new study. Germany, too, has been affected — for a number of reasons. 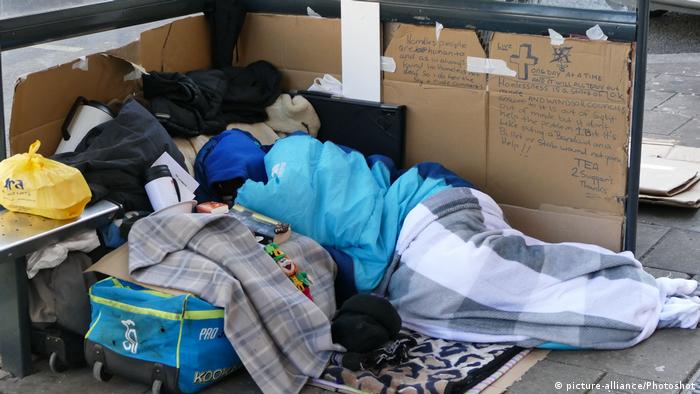 They can be seen almost everywhere in cities across Europe: homeless people forced to live on street corners, often covering themselves with sleeping bags. The only protection they have against the cold concrete of city sidewalks is often a thermal mat, though many do not even have that, using newspapers or cardboard instead. For them, rain, snow and continuing sub-zero temperatures across Europe are a life-threatening aspect of everyday living. And the problem is getting worse — the number of homeless or displaced people in Europe has grown over the last few years.

The European Federation of National Organizations Working with the Homeless (FEANTSA) confirmed as much when it recently published its third Overview of Housing Exclusion in Europe. The shocking tenor of the study that FEANTSA compiled together with the French Abbe Pierre Foundation, which cares for the homeless, is that the social crisis is worsening and the gap between rich and poor is growing ever wider.

Early death on the streets

Over the past several years, every country in Europe — with the exception of Finland — has seen a drastic increase in the number of homeless as well as in the cost of housing. Data from individual countries is calculated according to different metrics and is therefore difficult to compare, nevertheless, it all points to a very unsettling overall trend. Among those counties with the highest increases in homelessness were England (up 169 percent between 2010 and 2016), Ireland (up 145 percent between 2014 and 2017) and Belgium (up 96 percent between 2008 and 2016). 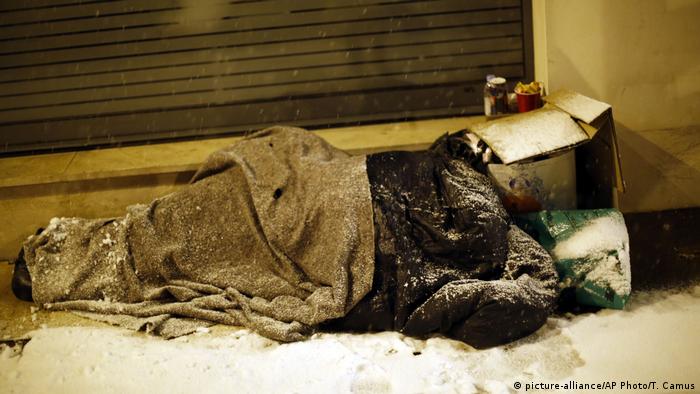 Winter weather can be life-threatening for Europe's homeless population

Those countries that have seen the most dramatic increases in housing costs are Bulgaria, England, Portugal, the Czech Republic and Poland. Across Europe, homeless people die some 30 years sooner than the rest of the population. On average, they live on the streets for 10.3 years.

Read more: Berlin mayor calls for basic income in Germany — or does he?

The situation has deteriorated in one country in particular known for having a well-functioning social safety net system: Germany. According to the FEANTSA study, some 860,000 people in Germany were homeless or had no place of residence in 2016. That suggests a 150 percent increase between 2014 and 2016.

A sad top-spot for Germany

Roughly half of low-income households in Germany spend more than 40 percent of their income on housing. Only two other countries, Bulgaria and Greece, require citizens to spend more to have a roof over their heads. The European average is 42.1 percent. The study defines "poor" as those households that earn less than 60 percent of the national median income.

Germany is among those countries in which the greatest inequality exists when it comes to access to housing. "It is particularly shocking that a country that is as wealthy as Germany should be among those with the highest rates of housing exclusion," noted FEANTSA Director Freek Spinnewijn in a press release. 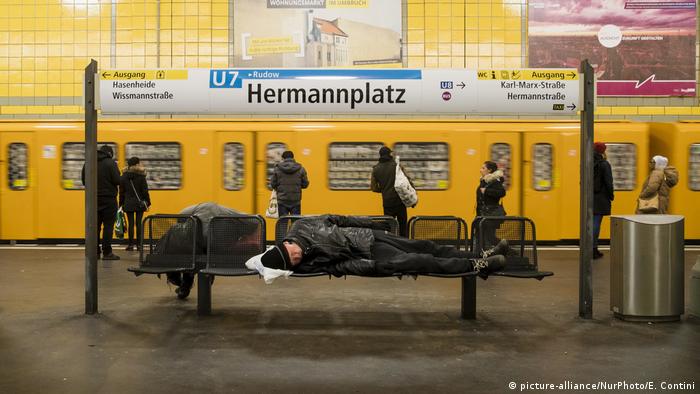 Nearly every country in Europe, including Germany, has seen a rise in homelessness in recent years

Finland: a positive example for the rest of Europe

"For years we have seen a decrease in social housing in Germany and that has led to the disappearance of affordable housing options," Thomas Specht, managing director of the Federal Working Group for Homeless Assistance (BAG), told DW. His institute provided data from Germany for FEANTSA's report on housing exclusion in Europe. Specht says the demand for housing has been greatly exacerbated "in metropolitan areas due to an influx of residents and also restructuring." Both factors have led to an explosion of housing prices.

Moreover, he says, "little has been done to address framework conditions for housing construction over the last several years." Above all, young people with little disposable income have been hardest hit. Specht is calling for more social housing programs and points to Finland as a positive example. He says Finland initiated a special program to deal with the issue, one "financed from a number of different sources" — donations and subsidies derived from the gaming and lotto industries were among them.

Refugees included in statistics for the first time

Specht says, however, the tiny country has only built between "eight and ten thousand apartments." The model is difficult to scale up to the size needed in larger countries like Germany, where demand cannot be met with special programs but "where truly comprehensive market-regulating measures are required." Nevertheless, he says, "Finland has pushed forward" with the basic approach that all people need to be provided with a place to live. 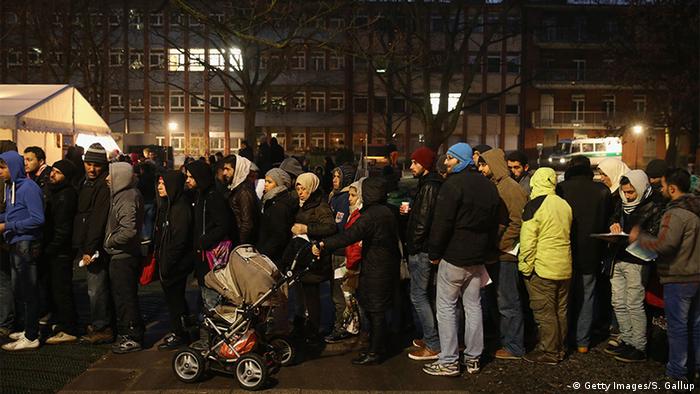 Researchers say one reason that numbers of homeless in Germany have shot up so quickly is that refugees were counted in statistics for the first time. Specht estimates that some 440,000 refugees were included. Most refugees, he says, have no rental contracts and live in refugee housing or collective accommodations.

Chancellor Merkel has a responsibility

"It was clear that the refugee problem would also create problems in the housing market," says Specht. Minus the refugees, "the increase in the number of homeless in Germany between 2014 and 2016 would only have gone up by 25 percent, from 335,000 to 420,000," and not to 860,000, the report states. FEANTSA director Freek Spinnewijn sees this as yet another issue that Chancellor Angela Merkel and her new coalition will have to deal with. He says she "needs to make homelessness and housing a priority in order to defuse this ticking time bomb."