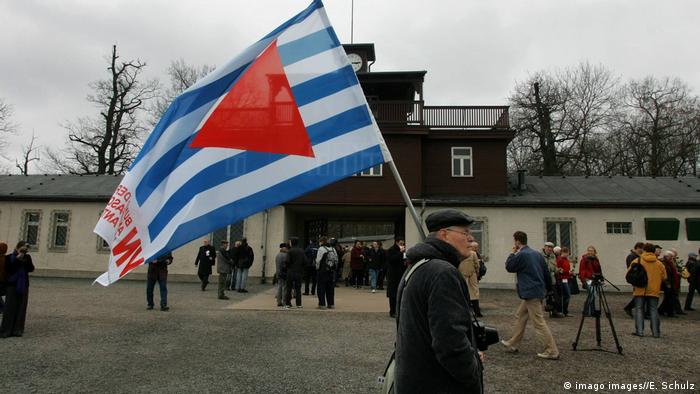 The Union of Persecutees of the Nazi Regime/Federation of Antifascists (VVN-BdA) received a notice this month from the financial authorities of the state of Berlin that its nonprofit tax benefits would no longer be awarded.

According to the several German media outlets shown a copy of the letter, the financial authority justified its decision by citing a 2016 report by the Bavarian domestic intelligence agency that listed the VVN-BdA among "left-wing extremist organizations and groupings."

Several other nonprofit organizations and politicians condemned the decision, including Left party Bundestag member Zaklin Nastic and Michael Müller, head of the German branch of Friends of Nature, who described the letter from the financial authority as an "alarm signal for democratic civil society."

Nonprofit status exempts an organization from several taxes, and allows supporters to write their donations off against tax. In a statement posted on its website on Friday, the VVN-BdA said the decision could lead to five-digit back taxes that could endanger the group's survival.

But other German financial authorities, such as the one representing North Rhine-Westphalia, continue to recognize VVN-BdA's nonprofit status.

According to the Bavarian intelligence agency charged with tracking extremist groups, the VVN-BdA's agenda goes beyond simply fighting far-right extremism and considers "all non-Marxist systems" as "potentially fascist."

The report also cited an article by VVN-BdA spokesman Ulrich Schneider in support of direct blockades of Nazi demonstrations as evidence that the organization accepted left-wing extremist groups as allies.

It was embroiled in politics on both sides of Germany's Cold War divide: in West Germany, there were suggestions that the VVN-BdA was being heavily influenced by the German Communist Party (DKP), while in East Germany it was elected into parliament before being dissolved by the government. The group now has around 6,000 members in Germany.

German financial authorities appear to be cracking down on politically active nonprofit organizations; campaign groups Attac and Campact have both had their nonprofit status stripped this year. According to a report in Der Spiegel magazine, German Finance Minister Olaf Scholz is keen to cut tax benefits for groups that try to influence political debate.

He was one of the harshest critics of the East German dictatorship. Today, 30 years after the fall of the Berlin Wall, Wolf Biermann's criticism has found a new target, and he's as provocative as ever. (07.11.2019)