Extinction Rebellion co-founder Roger Hallam's description of the Holocaust as "just another f—kery" has sparked widespread anger in Germany, with politicians and environmental activists firmly rejecting his remarks. 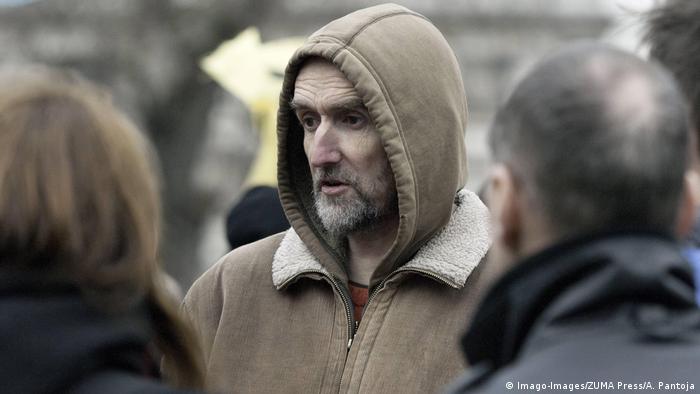 "To want to murder and eradicate Jewish men and women is exceptionally inhumane. We must always be conscious of that to ensure that it never happens again!" Maas wrote on Twitter.

Robert Habeck, the co-leader of Germany's Green Party, told the daily Bild newspaper that "there must be no place for anti-Semitism or downplaying of the Holocaust — nowhere in any movement."

Other environmental activists also harshly criticized Hallam's remarks. Luisa Neubauer, a leading figure in Germany's Fridays for Future movement, told Bild "Those are insane words that I do not agree with in any way.

What did Hallam say?

In an interview on Wednesday, Hallam told the German weekly Die Zeit that the Holocaust was "just another f--kery in human history," adding that genocides have happened repeatedly and that they are "like a regular event."

Hallam also said that Germany's attitude towards Holocaust remembrance is holding them back.

His comments led publisher Ullstein to halt the delivery of Hallam's new book on climate change to German bookstores. The book was due to appear on November 26.

The German branch of Extinction Rebellion had already distanced itself from Hallam on Wednesday, saying that it would no longer welcome him if he came to Germany.

The UK branch soon followed, releasing a statement "denouncing" the co-founder's remarks and saying it stands "in solidarity" with XR Germany and with Jewish communities.

The group said it is discussing how to address the issue and that "we stand by restorative outcomes as preferable, although in some cases exclusion is necessary."

The president of the Central Council of Jews in Germany, Josef Schuster, said that it is not enough for XR to distance itself from Hallam.

"Just as sharply as they criticize climate change deniers, they should do the same with those who relativize the Holocaust," he told Bild.

Reacting to the anger caused by his comments, Hallam told the Daily Telegraph he acknowledged the "unimaginable suffering caused by the Nazi Holocaust," but also accused rich countries of allowing a "genocide of our young people" to occur by failing to stop global warming.