He was one of the harshest critics of the East German dictatorship. Today, 30 years after the fall of the Berlin Wall, Wolf Biermann's criticism has found a new target, and he's as provocative as ever. 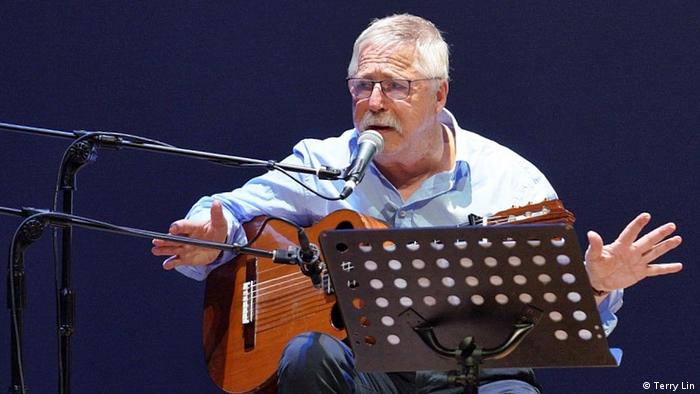 "If you don't put yourself in danger, danger will kill you" was the slogan German singer-songwriter Wolf Biermann and Chinese author and dissident Liao Yiwu chose for their show at the Berliner Ensemble theater, held to commemorate the 30th anniversary of the fall of the Berlin Wall and the bloody suppression of the Chinese democracy movement on Tiananmen Square in Beijing.

Biermann, who was one of the harshest and most effective opponents of the East German leadership, still has a lot to criticize about current politics.

DW: You used to direct fervent criticism at the East German dictatorship. Who do you oppose these days?

Wolf Biermann: Do you know why I love talking about the Germans being so well-off? It's because I, like many other people, was annoyed that the AfD's Alexander Gauland [the far-right party's co-founder and co-leader] actually said publicly that the entire Nazi period was nothing but "bird shit."  The 12 years of Hitler's dictatorship, the wars, the millions of German and foreign soldiers who died, on top of the six million Jews and half a million gypsies [Roma and Sinti] who were killed: Whoever calls that "bird shit" is a criminal.

Thirty years after the fall of the Berlin Wall, dissatisfaction with the consequences of Germany's reunification is evident. Many people complain that unity has not been achieved and that former East Germany was simply "colonized." Do you agree?

I wrote a poem about the matter entitled "Mrs. Freedom does not kiss Mr. Barbed Wire." No! It's incommensurable, as educated folk would say; they don't fit well together! You cannot take two systems, dictatorship and democracy, stick them together and claim: "We'll take the best of both — not everything in East Germany was bad."

I believe that the weakest and most imperfect democracy is incomparably better than the best dictatorship. Perhaps that is the lesson we Germans must learn from our own history. 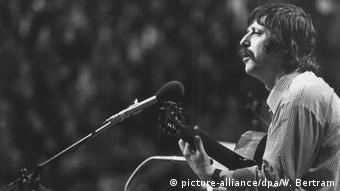 Wolf Biermann on stage in Cologne, 1976

Your event with Liao Yiwu is also commemorating the 30th anniversary of the Tiananmen Square Massacre. The current riots in Hong Kong remind us that many people in the world still have to fight for their freedom. What message do you have for these people?

It is worth getting involved in the issues affecting you. You have to try again and again. You can be afraid, but should not be overwhelmed by your fears.

The fact that you can succeed is celebrated in great speeches and songs. But only by those who survived. Those who were murdered and crushed, they remain silent.

East German singer/songwriter Wolf Biermann was banned from performing, and then expatriated from the GDR in 1976. This caused great indignation among artists and intellectuals in the GDR.

AfD co-leader Alexander Gauland has downplayed Nazi Germany's crimes by referring to the era as "bird shit." His remark has sparked backlash in the media, but from a legal standpoint, experts say he has little to fear. (05.06.2018)