German government tight-lipped on threat of Islamic extremism in the Balkans | Europe | News and current affairs from around the continent | DW | 24.01.2018

The German government has urged that the number of fighters from the western Balkans joining extremist groups be classified. Is Berlin playing down the rise of Islamic extremism, and Saudi influence, in the region? 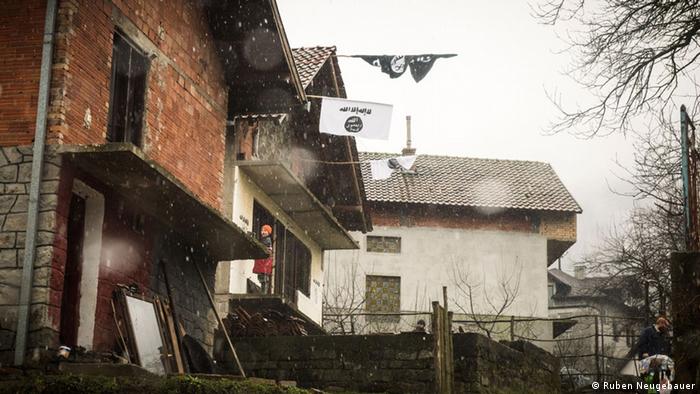 The German federal government cannot discount the "basic threat posed by individuals and splinter groups in the Islamist scene" in Bosnia-Herzegovina. That was the statement given in reply to a short list of questions submitted by the Left party group in the Bundestag, Germany's lower house of parliament, which was provided to DW. The government also claims that contacts exist between radical groups in the Balkans and Germany. Still, the government's own foreign intelligence service, the BND, reports no concrete evidence of a growing extremist movement in Bosnia-Herzegovina.

The statement is a partial refutation of a report published in the German daily Berliner Zeitung last November, which claimed that the BND was increasingly focused on the Balkans — specifically Bosnia-Herzegovina.

A number of concrete answers to the Left's questionnaire are classified. The German government is loathe to comment publicly on the flood of money from Arab Gulf states that is supposedly financing the teaching of Wahhabism, the hardline sect of Islam promoted by the Saudi Arabian government, in the Balkans. They similarly declined to publicly comment on the posting of Saudi and Turkish imams in Bosnia.

"In contrast to the BND, the federal government has been trying to play down the growing Islamist threat in public," says Sevim Dagdelen, foreign policy expert for the Left. She claims that rising numbers of potentially violent extremists pose a grave threat to Germany. "Furthermore, it is entirely unacceptable that the government continues to hide the role of Gulf states, especially Saudi Arabia, and of Turkey," Dagdelen told DW. 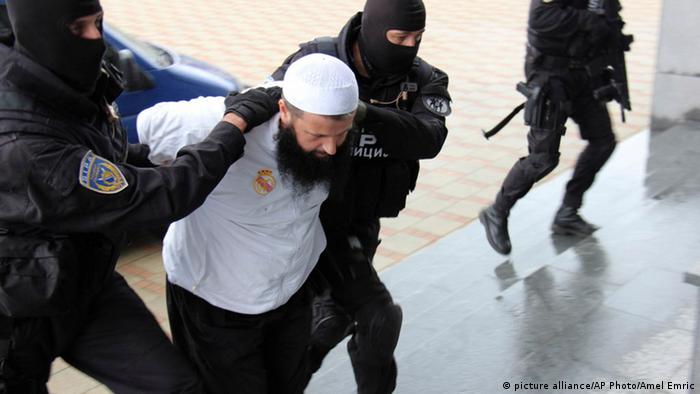 In recent years, Bosnian police have arrested a number of men suspected of having ties to Islamic militant groups

In keeping much of the report classified, the German government designated information as to the total number of fighters who have joined extremist groups over the past several years in Bosnia-Herzegovina and Kosovo as "especially deserving of protection." Media reports claim that, proportionate to national population, those two countries are the leading European exporters of Islamic extremist fighters.

The government did, however, publicly confirm that fighters from the Balkans were not only joining such groups as the "Islamic State" and the former Nusra Front — it reports that about 10 percent are now fighting in the ranks of the Free Syrian Army.

The government has found that the highest numbers of Islamic extremists heading to Iraq and Syria were traveling from Salafi villages in Bosnia-Herzegovina, which are oriented toward a religious and social life based on "early Islamic habits and traditions."

"That is a radical break with Islamic traditions in the Balkans," says Vedran Dzihic, a researcher from the Austrian Institute for International Affairs. "In Bosnia you can see members of the Salafi movement on the streets: They are active in the culture sector and have a number of mosques," he told DW.

Dzihic says it is clear that Salafists are directly challenging historical Islamic traditions in the Balkans by building up a parallel infrastructure with the help of Saudi Arabia and others. What is truly needed now, he says, is to fight poverty, come up with a real EU perspective for the western Balkans, support autochthonous interpretations of Islam in the regions and, not least, facilitate more efficient cooperation between national intelligence agencies.