Is Kosovo a breeding ground for Islamists? | Europe| News and current affairs from around the continent | DW | 23.12.2016

Is Kosovo a breeding ground for Islamists?

The two brothers arrested on suspicion of plotting a terrorist attack in Duisburg come from Kosovo. Their homeland has long been concerned with growing Islamic radicalism. Authorities are trying to counteract the trend. 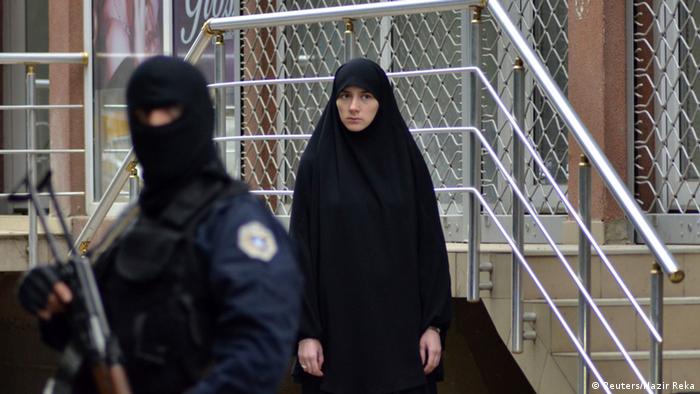 Almost 2 million people live in Kosovo. Since 2012, 316 people - including women and children - have left the country to join the so-called "Islamic State" terrorist militia. Of those 316 people, 58 have been killed and 117 have returned to Kosovo, said Baki Kelani, spokesman for Kosovo's ministry of the interior. According to Kelani, 237 people are being investigated for planning and taking part in terrorist attacks outside Kosovo and also for recruiting, supporting and funding terrorists. Since 2013, 127 of the suspects have been arrested, including an alleged ringleader.

There is no doubt that radical Islam is a growing problem in the predominately-Muslim Balkan country, especially because Kosovar authorities have little control of the situation despite international support. Behind the numbers lie major social problems: widespread poverty, 40 percent unemployment and a lack of prospects. The ensuing frustration, combined with a growing tendency towards a strict interpretation of Islam, has never been seen before in Kosovo. 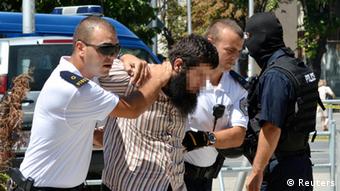 According to figures from security experts, 50,000 Kosovars are now members of conservative Islamic groups. The vast majority of the population is Muslim: Albanians, Roma, Turks and Bosniaks. Now, one sees more and more women and girls wearing headscarves in the capital Pristina and not just rural areas. Even fully covered women are no longer a rare sight. It is already obvious that the traditional, liberal Islam of the Ottoman period, strongly influenced by Sufi mysticism, is being suppressed. It is being increasingly replaced by strict forms of the Saudi Wahhabism that has made its way to the Balkans.

In the summer of 2016, the Kosovar Institute for Policy Research and Development (KIPRED) published a study about the influence of religion on Kosovar identity. According to Lulzim Peci, author of the study, 57 percent of Muslim Albanians feel Albanian and 32 percent defined themselves as Muslims first and then as Albanians. "We see a great shift in identity from ethnicity, the so-called language nation, to a religious-ethnic society," said Peci in an interview with DW. If this process continues, the political scientist believes it may lead to the demise of "Albanianism," i.e. Albanian nationalism, and a secular, pro-Western Kosovo.

Two young men who grew up in Germany were deported to Kosovo, even though they had nothing to do with the country of their father. Now they are back, rapping against racism and injustice (03.11.2016)

Two arrested in Duisburg on suspicion of mall attack

The two Kosovo-born brothers were arrested on suspicion of planning an attack on a shopping mall in western Germany. Police received a tip-off from security services about the plans. (23.12.2016)

The influence of Islamic countries

The Islamization of Albanians gradually began after the end of the Kosovo War. Saudi Arabia, Kuwait and other Islamic nations invested massively in the reconstruction of the country and the building of mosques. They sent preachers to Kosovo and helped the needy.

Today, there are 742 mosques in Kosovo, along with other Muslim buildings, such as Quran schools. But with the money and the preachers came a different kind of Islam, previously unknown in the country. Political scientist Agon Demjaha, who was involved in the study on the formation of Kosovar identity, said that politicians and parties were for a long time too indifferent and indecisive about this development. The sociologist Smajl Hasan also blames Kosovo's poor education system. He claims it has not placed any value on developing a Kosovar identity based on religious tolerance and a multi-religious identity.

Representatives of the Islamic community refuse to be blamed for any wrongdoing. Theologian Besa Ismaili said that none of the Kosovars who joined terrorist networks came from her community and added that fighting in the name of religion is wrong. She also said that this ideology has never been widespread among Albanians. She stressed that terrorism has nothing to do with faith. "There is no extremism among the true believers; there is no violence in faith, but instead, only love," said Ismaili. 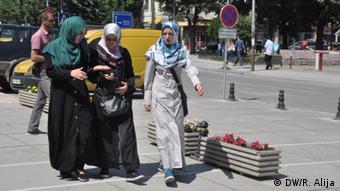 However, despite all attempts at educating people, social conditions remain difficult in Kosovo. Florian Qehaja, director of the Kosovar Center for Security Studies, has examined the situation and offers some explanations. He says the disastrous economic state and the weak government structures have been shaped by indecision, corruption and incompetence. According to Qehaja, young people suffer from a lack of prospects and feel increasingly isolated in Europe and subsequently, look for other ways out of their problems. To stop Islamism, said Qejaha, a broad strategy is necessary: young people need to be educated, Imams must be carefully selected, the media needs to change, as do the security infrastructures in the country. Furthermore, he added, the country needs cross-border cooperations with neighboring countries Macedonia and Albania, as well as international support, especially from the US and the EU, since these regions are highly regarded.

Germany has 700 soldiers stationed in Kosovo for the NATO KFOR mission and has police and experts working there for the European Union Rule of Law Mission in Kosovo (Eulex), which is working together with the EU to strengthen the rule of law in the country. Germany has close ties to Kosovo because of the 400,000 Kosovar immigrants in Germany. The assassin who shot two American soldiers at Frankfurt Airport in 2011 was an Albanian immigrant and the arrested terror plot suspects in Duisburg show how explosive the radicalization in Kosovo is for Germany.

No future: Young people in Kosovo