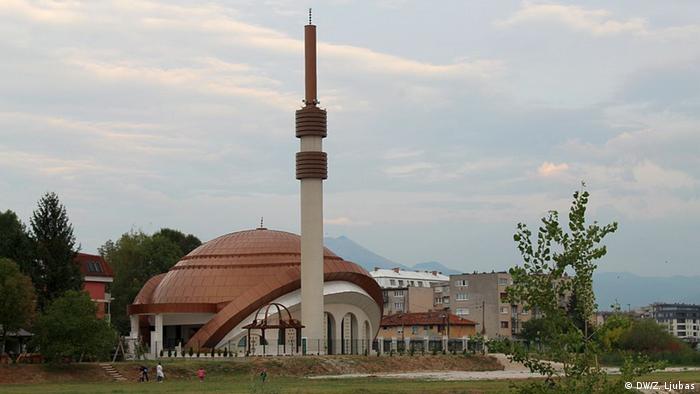 The German Intelligence Agency (BND) is increasingly concerned about Islamist tendencies in Bosnia-Herzegovina, the Berliner Zeitung daily newspaper reported on Tuesday, citing sources from the intelligence community. The agency is allegedly also turning its attention to the whole of the volatile Balkan region.

For generations, the Muslim population in multi-ethnic Bosnia has adhered to a very liberal interpretation of Islam. This perspective was also reinforced by authorities in secular former Yugoslavia, which included Bosnia along with six other present day Balkan states. However, religious divisions flared up during the break up of the socialist state in the 1990's and the influence of religion has been growing ever since.

During the war, volunteers from various Middle Eastern countries traveled to the Balkans to join forces with the Muslim Bosniaks. Many of them were issued Bosnian passports after the war and went on to recruit young people for their religious struggle.

According to Tuesday's report, Saudi Arabia and other Gulf states are investing a lot of money to push a much stricter, Wahhabist teaching of Sunni Islam in the Bosnian society. Saudi charities also poured funds into building places of worship, including the King Fahd Mosque in Sarajevo, the biggest mosque in the Balkans, which is dominated by Wahhabis.

Hundreds of people from Bosnia also traveled to the Middle East to join jihadi militias in the recent years, with similar cases also reported in the other Muslim-dominated Balkan states, Kosovo and Albania. According to Balkan media, the war in Syria attracted a number of veterans from the Yugoslav wars who went to fight as mercenaries.

Another issue, the Berliner Zeitung states, is that the country was part of the so-called Balkan route during the 2015 refugee influx, which saw over a million migrants travel from the Mediterranean across Greece and further north to reach the wealthy western European nations.

The BND is also cooperation with other intelligence services in their Balkan-related activities, according to the report.