German government still has balanced budget on its radar | Business | Economy and finance news from a German perspective | DW | 24.03.2020

German government still has balanced budget on its radar

After earmarking up to €750 billion for emergency spending due to the growing coronavirus crisis, the government plans to return to its controversial policy of no new debt as soon as the pandemic is over. 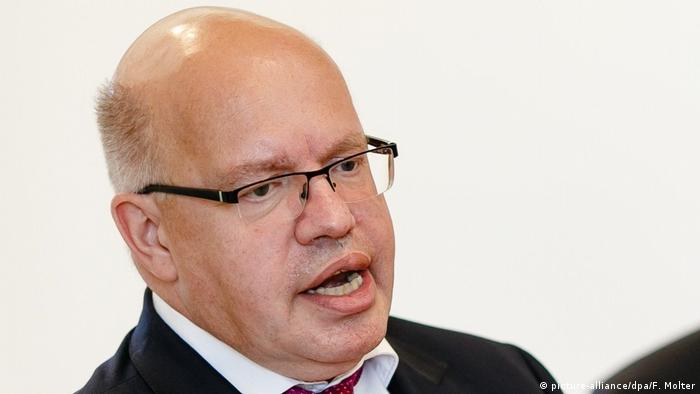 The German government would return to its savings policy once the coronavirus pandemic crisis was over, Economy Minister Peter Altmaier told the country's ZDF broadcaster on Tuesday, adding that Europe's largest economy had committed to paying debt back from 2023 onward.

"Once the crisis is over, and we hope this will be the case in a few months, we will return to our austerity policy and, as soon as possible, to the balanced budget policy," Altmaier said.

Only the day before, the government in Berlin agreed to a comprehensive package worth up to €750 billion ($812 billion) to mitigate the damage of the coronavirus outbreak on the economy. It is the first time the country is set to take on new debt since 2013 and the background to Altmaier's comments.

The country's ambition of always having a balanced budget has been controversial and criticized from many sides for spending too little. Now that Germany is taking a huge economic hit from the ongoing coronavirus crisis, the criticism is only increasing.

The government expects the pandemic to plunge the economy into recession. Finance Minister Olaf Scholz has said his newest budget plans are based on predictions that gross domestic product (GDP) will shrink by roughly 5% this year.

The government has announced a range of measures to cushion the blow for companies during the crisis. Trying to reassure firms and freelancer workers, Altmaier said by next week it should be clear where they can obtain aid to help tide them over during the crisis and that German authorities were trying to avoid bottlenecks.

"It should be as unbureaucratic as possible," he said, reiterating that the government was doing what it could to ensure that coronavirus does not lead to job losses.

Altmaier emphasized that with the billions in aid approved by the cabinet that there were "tailor-made" offers for companies of all sizes. However, he couldn't issue a job guarantee, saying it was the decision of private employers whether they accepted the government offers "or whether they decided to lay off workers."

As a last resort Altmaier also said the government was prepared to buy stakes in companies in order to keep them from going out of business or protect them against takeovers, but only in special and extreme cases.

"This is only the very last resort and only conceivable as an emergency solution when companies get into trouble and this also endangers German vital interests," he said.

It was a warning shot against speculators or foreign investors that there were no "bargains" to be had in the country at the moment.

Germany's Finance Minister Olaf Scholz wants the federal government to relieve debts for small towns. But the move would require a constitutional amendment, and may put another crack in Angela Merkel's coalition. (26.02.2020)