Trying to contain the coronavirus could prove costly. A new study warns of a hit of between 7.2 and 20.6% of GDP. As restaurants and other services shut down on Monday, the government announced an emergency budget. 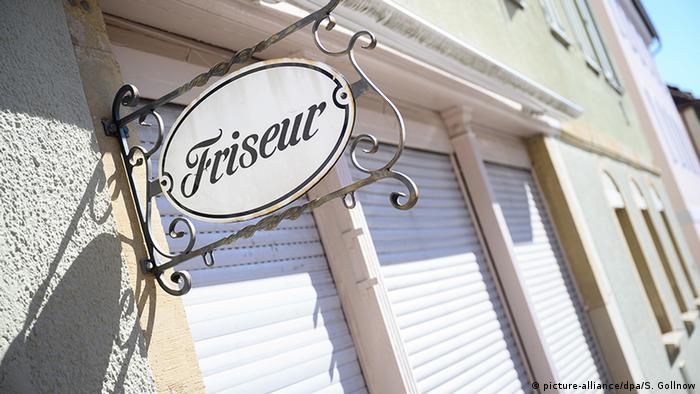 Germany's finance and economy ministers on Monday unveiled an emergency budget with a raft of measures aiming to control the costs of the coronavirus.  They aim to pass it into law by the end of the week. Neither minced their words on the prospect of a recession in 2020.

"We don't need to speculate; it's clear there will be a negative economic impact. Anyone could say that just by looking at the empty high streets," Finance Minister Olaf Scholz told journalists in Berlin. Economy Minister Peter Altmaier added that this downturn would "probably be at least as large as during the financial crisis" of 2007-8.

According to a report released on Monday by Germany's influential Ifo think tank, a partial economic shutdown could cost the country between 7.25 and 20.6% of GDP, based on a range of estimates assuming partial shutdowns ranging from one to three months in length.

"The costs are likely to exceed anything Germany has experienced in recent decades as a result of economic crises or natural disasters," Ifo's president, Clemens Fuest, said. "The crisis will also cause massive upheaval on the job market. This could put the situation at the high point of the financial crisis into the shadows." 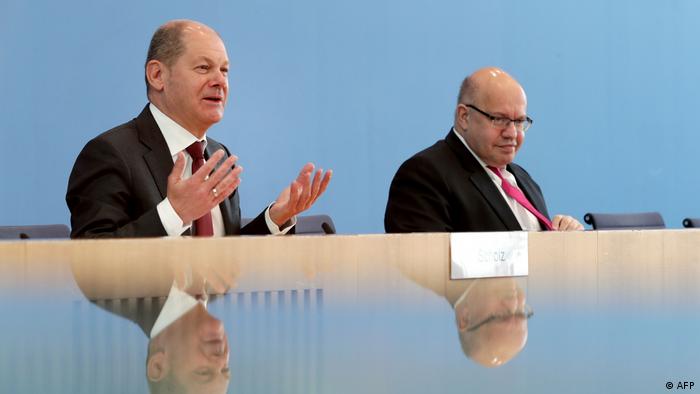 In total, the government is earmarking up to €750 billion that it could spend as a result of the coronavirus fallout. To give an idea of the sheer scope, that sum is almost double the entirety of the federal government's previously approved 2020 budget.

Perhaps the most crucial part of the emergency budget is a hefty health care spending increase of more than €3 billion ($3.2 billion), seeking to double the number of intensive care beds — currently around 28,000 — available in Germany.

Small businesses and independent operators such as artists or carers will be eligible for loans of up to €15,000 over a period of three months to cover costs of inactivity. Larger companies will have the opportunity to take out bridging capital via a special fund, plus the prospect of direct government intervention at a later stage if necessary. The lending powers of Germany's KfW state development bank will also be expanded drastically.

Other measures agreed in the budget include protection for renters unable to meet their bills, with non-payment owing to the coronavirus ruled out as reasonable grounds for eviction. Rules on short-time work will also be altered, aiming to stop companies from having to let people go if they fail to provide sufficient hours to staff. Insolvency rules will also be loosened, while publicly traded companies will be permitted to hold their shareholder meetings via videoconference rather than being obliged to hold a physical meeting.

However, Economy Minister Altmaier said there were limits to what the government could do, warning companies that "we are not here to plug the gaps of lost turnover."

German restaurants were put on the front lines of the fight against corona on Monday, with all of them effectively forced to close after Sunday's government advice to avoid all public meetings of two or more people. Eateries are now permitted to provide food only for collection and home delivery. Similarly, service providers such as hair salons and tattoo parlors — where it is not possible to maintain a 1.5-meter (5-foot) gap between people — will have to shut their doors for at least two weeks.

Airlines are another industry facing obvious and large disruption as global travel stutters to a halt. German flagship carrier Lufthansa is effectively in survival mode, having grounded 95% of its regular flights late last week, at least until April 19.

"We cut our flight plans more severely and far more swiftly than our competition," Lufthansa's Carsten Spohr said when announcing the decision. "That was met with laughter from our competitors at first. But I can tell you, nobody in our industry is laughing any more."

In Berlin, 31-year-old Jan woke on Monday to a call from his boss saying he would have to let him go. Jan works at a startup specializing in web design solutions for hotels. Typically, he and his colleagues might be working on thousands of orders from all around Europe. Last week, the company only received 60 orders. Jan's boss was planning to fire roughly half his workforce and register the remainder as short-time workers.

Finance Minister Scholz also had the stock markets in mind on Monday. He explained that a financial market stabilization fund, dormant for years since the financial crash but still technically available as a "legal instrument," would be resurrected as part of the emergency spending plans.

On the floor in Frankfurt, the benchmark DAX index dropped a further 3% at opening on Monday, albeit regaining most of these losses in the minutes immediately following Scholz and Altmaier's press conference. The DAX has shed around one-third of its value just in the last month, a rate of decline rivalling that of the financial crash.

Scholz, a Social Democrat, and Altmaier, a Christian Democrat, thanked each other on Monday for the speed with which the Cabinet agreed on the new spending measures. Both alluded to German efforts to reduce debt in recent years, saying this prudence had put the government in a position to respond quickly and aggressively.

Like so many in various industries in Germany just now, Chancellor Merkel was at home when she took part in the talks with her Cabinet early on Monday. She is currently in quarantine in her Berlin apartment after a doctor who gave her a vaccine on Friday subsequently tested positive for COVID-19. A first test has come back negative, but she will have to take a further test in the coming days.