Europe's biggest economy shrank 0.2 percent in the third quarter compared to the previous period. Economists are not worried and believe it is just a temporary slip. 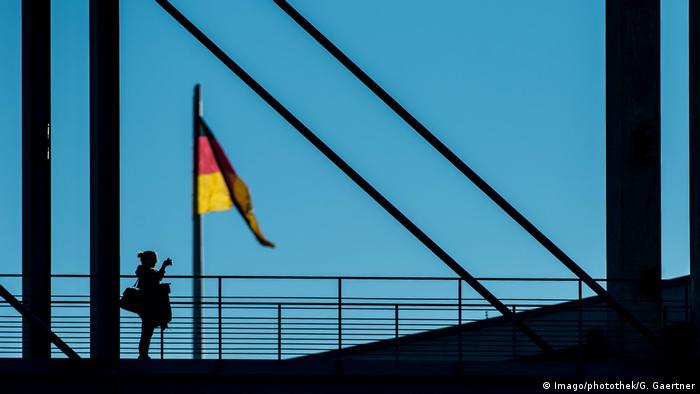 Germany's gross domestic product (GDP) shrank 0.2 percent in the third quarter of 2018. It is the first time the German economy has seen a contraction in more than three years.

The Federal Statistics Office in Wiesbaden announced the contraction on Wednesday. The drop was slightly bigger than the expectation of economists polled by Reuters, who had predicted a 0.1 percent drop.

In the second quarter the GDP of Europe's biggest economy had grown 0.5 percent.

"This is the first drop compared to the previous quarter to occur since the first trimester of 2015," said the Federal Statistics office.

Just last week, Germany's Council of Economic Experts lowered the growth forecast for 2018 to 1.6 percent instead of the 2.3 percent predicted last March.

However, economists believe these results are just a blip and they are not worried about the overall health of Germany's economy.

Andreas Rees, Chief German Economist at Unicredit, said: "This has nothing to do with the fundamentals, on the contrary. The Germany economy will gain strength again in the fourth quarter."

Problems in the auto industry and weakness in the retail sector are credited with the decline in GDP.

Economists expected a stormy autumn after a strong performance over the summer.

GDP measures the value of goods produced and services provided in a country over a specific period of time. It is used to define how much an economy is growing.

Quarterly GDP compares the growth over a three-month period with the GDP during the previous three-month span. The measurement doesn't provide a broad overview of an economy's health and needs to be evaluated over a lengthier period to detect long-term problems.