German G8 Presidency: Changes in Style and Substance | Germany| News and in-depth reporting from Berlin and beyond | DW | 19.07.2006

When German Chancellor Angela Merkel takes over the Group of Eight (G8) next year as president, she is expected to bring her careful and consensus-oriented leadership style and a change in focus to the table. 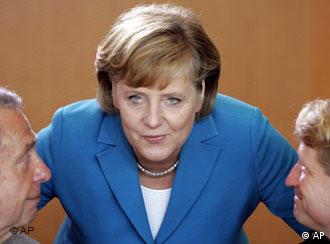 Merkel has a very different style from Putin

German Chancellor Angela Merkel has already said no to Tony Blair's suggestion to expand the G8 to include countries such as China and India. And she is already mulling over some new priorities for next year's meeting, even though the current one just ended.

Because for Merkel, who will also take over the EU presidency in January, 2007 promises to be an opportunity to bring a change of direction to Europe and the world.

"With (France's Jacques) Chirac and (British Prime Minister Tony) Blair likely gone, she will be in a powerful position in leadership circles," said Henning Riecke, a researcher at the German Council on Foreign Relations. "Her negotiating style plays well with other leaders and she has already had a good start on the international stage."

Russian President Vladimir Putin chaired this year's G8 summit in St. Petersburg in a bold and determined manner, showing that Russia is regaining its place on the world stage.

"There has been nothing quiet or unassuming about the way in which Russia's president has chaired the G8," wrote Larry Elliot, economics editor of the British daily The Guardian after the summit. "Putin has swaggered through the meeting -- doling out insults to Blair and Bush -- in an attempt to show that Russia has regained its status as a Great Power."

And even though he tried to focus this year's meeting on a topic dear to his heart -- energy -- events on the ground turned attention elsewhere, namely, the Middle East.

Merkel promises to be a different type of host when she welcomes the G8 next June to the Baltic Sea resort of Heiligendamm. She has less to prove than Putin, say experts, since Germany is already a solid, stable democracy, a member of the EU and Europe's largest economy. 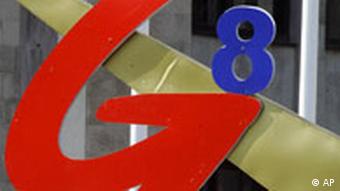 Her priorities are also different. She has said she will focus on poverty, and while it is thought she will make energy a priority, her emphasis will be on sustainable, renewable and environmentally sound energy strategies.

"The meeting's agenda is not set yet," she told reporters in Russia. "Of course, it will include a struggle against poverty. The topics will depend on the situation in the world then and will probably include a discussion on Iran, the Middle East conflict -- perhaps we will consider a subject not yet discussed by the G8."

Riecke said that with Merkel as G8 chair, she will be able to end German isolation on certain issues.

"This year, the Germans were isolated in their views on energy and the environment but she will be able to push those views forward next year," he said. "And she will probably tilt the focus more towards the East."

She is also a less brash, more careful politician than Putin, or even Blair, who chaired the 2005 G8 meeting and also called for prioritizing the fight against poverty.

"Merkel has shown signs that she is ready -- in her quiet, unassuming way -- to take Germany in a different direction," Elliot wrote. "Her willingness to listen to Blair over the stalled trade talks and the forging of closer links with the smaller countries of the European Union suggest that she doesn't see the Berlin-Paris axis as the be-all and end-all of German foreign policy. The fact that Germany, so often the tail-end Charlie when it comes to debt relief and aid, has agreed to put Africa on the agenda at next summer's G8 is also significant."

Many have applauded Merkel's plans.

"After G8 leaders promised to make poverty history last year, this summit has been (worthless)," said Patrick Watt, policy coordinator with ActionAid UK. "It now falls to Germany to get the G8 back on track to double aid for Africa and provide AIDS treatment. It's good news that Chancellor Merkel is putting Africa on the agenda." 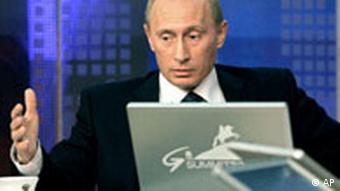 One year after the 2005 G8 summit, 19 countries have seen their debts to the World Bank, IMF and African Development Fund cancelled, releasing about $1 billion a year for poverty reduction, say ActionAid officials. They are calling for the deal to be extended to another 40 of the poorest countries.

Partners should be pleased

Merkel's focus on poverty and energy security with a nod to the environment should please many of the center-left Social Democrats in her coalition government, say observers. Her credibility within the EU and with the US gives her a leg up.

"She uses strong language on things that are important to the US," said Riecke. "She won respect for her leadership in sorting out EU finances. And her focus on certain issues next year might be instruments to please the leftists.

"That will be a powerful starting position because she won't be able to turn anything around without support abroad and at home," he added.

The leaders of the Group of Eight ended their three-day summit in Russia with a push to salvage global free-trade talks that are teetering on the verge of collapse. (July 17, 2006)

"We Cannot Solve Problems Without Russia"

The German government's Russian policy expert, Andreas Schockenhoff was in Russia before the upcoming G8 summit. He talked with DW-WORLD.DE in an exclusive interview. (July 14, 2006)

An alliance of German NGOs represented by singer and activist Herbert Grönemeyer has called on the government to devote more resources to fighting poverty and to live up to its aid promises ahead of the next G8 summit. (July 11, 2006)