Maas described his visit to Afghanistan as a clear signal Germany was committed to playing its part in a peaceful resolution of the conflict. There are concerns about the effects of a reduction in the US mission. 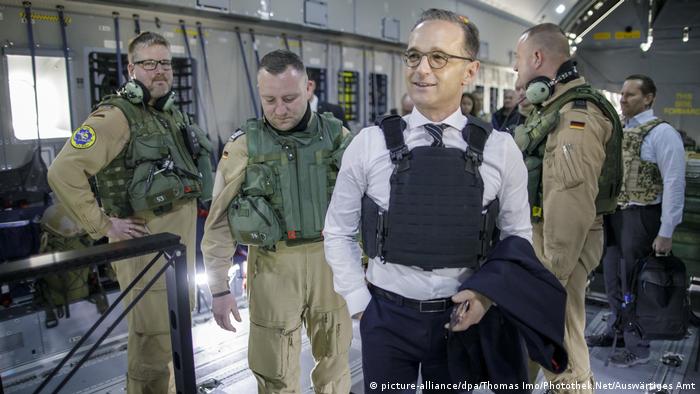 Germany is part of the NATO Resolute Support mission to train Afghan security forces and has a force of about 1,200 soldiers stationed there.

The government decided last month to extend the military mission,and Germany has offered to host a peace conference that is to include the Taliban.

"With the trip to Afghanistan and Pakistan, we want to send a clear message: Germany is committed to the responsibility we have assumed as the second-largest donor and contributor of troops in Afghanistan," Maas said.

The German government was pursuing the goal of reassuring Afghans "that we will continue to work for a peaceful resolution to conflict and the economic development of the region," he said in a prepared statement.

He said that negotiations with the Taliban should not mean "a return to a painful past."

He hailed advances made by Afghanistan in the field of human rights and establishing the rule of law, giving special mention to the improvement made in the lives of young women, above all.

This progress was to be retained, he said, calling it a "prerequisite for our future cooperation." 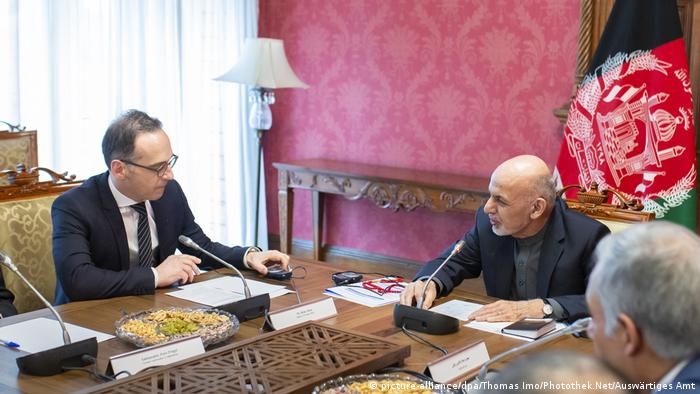 Maas assured Ghani that Germany was still committed to Afghanistan

There are discussions in Berlin on the future of the German mission, and the Bundestag is debating whether to extend the mandate for Afghanistan. The minister has argued for Germany's engagement in Afghanistan to continue, while there are other voices calling for an exit strategy.

The German mission is largely dependent on US infrastructure in Afghanistan. Washington has announced plans to withdraw half of the US military's 14,000 troops in Afghanistan, and this would have an effect on the German mission. Retired General Harald Kujat told the media at the time that a US withdrawal would render Germany's continued presence futile.

However, Maas warned that everything that the German military had achieved in the country "would very quickly collapse" if Berlin were to withdraw its troops now.

However, Maas has said he sees this as the "start of a new phase," saying, "Peace is possible in Afghanistan."

He refers to elections as a sign of progress: "The landmark presidential elections in Afghanistan are scheduled for July, and there has been movement in the quest for a peace process with the Taliban, also thanks to the US initiative."

Maas considered his journey "right now as an important and necessary sign."

After Afghanistan, Maas will visit Pakistan this week.

Ongoing peace talks between Washington and the Taliban could see the end of the 18-year-long conflict in Afghanistan, but many fear that a potential US pullout could plunge the country into a bloody civil war. (24.02.2019)

The US and the Taliban have made substantial headway in peace talks, representatives from both sides have said. President Donald Trump has been eager to end the 17-year US conflict in Afghanistan, America's longest war. (27.01.2019)

It's been more than one year since the fall of the Afghan government to the Taliban. Many thousands of people have fled the country. Germany has become home to about 180,000 of them, and has promised to accept about 30,000 more.